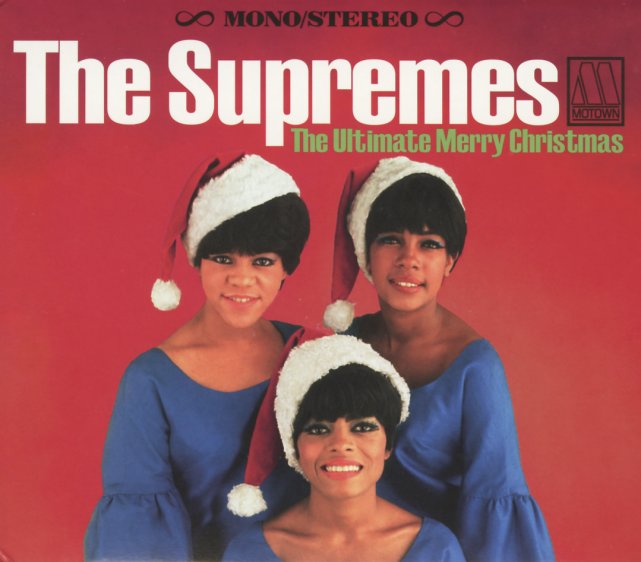 A hugely expanded version of The Supremes classic Merry Christmas album from 1965 – presented here with full stereo and mono mixes, a new 2017 mix, and even bonus tracks too! The core album was one of THE classic Motown Christmas albums of the 60s – a mighty statement of Holiday pride from The Supremes – who are as strong here as on any of their other non-seasonal work from the time! The class and care of the trio really fits the new spirit of Christmas that was emerging in 60s soul music – not the kinds of raw songs about boozing or sadness on the holiday, which were a staple of blues and R&B – but instead these warmly crafted songs of home and hearth, set up perfectly with production by Harvey Fuqua and arrangements from Gene Page, HB Barnum and Ernie Freeman. The whole thing's incredibly soulful – but in a gentle way too – and the set features a dozen holiday numbers including "Silver Bells", "The Little Drummer Boy", "My Christmas Tree", "Rudolph The Red Nosed Reindeer", "Santa Claus Is Coming To Town", and "Joy To The World". 2CD version features 50 tracks in all – 12 mono tracks, 12 stereo, and 12 more titles that are all these very cool alternate mixes of the album, some with alternate vocals! Then, there's lots of Supremes bonus tracks too – including "The Christmas Song (duet version)", "Season's Greetings", "My Favorite Things (live)", "It Won't Be Long Til Christmas", "Just A Lonely Christmas", and "O Little Town Of Bethlehem".  © 1996-2021, Dusty Groove, Inc.