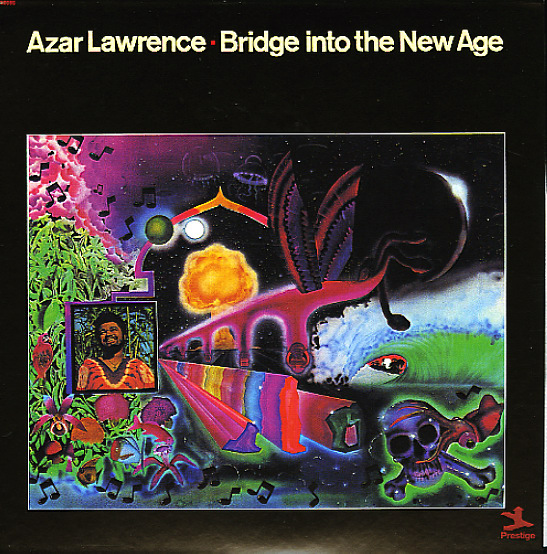 A wicked set from reedman Azar Lawrence – one of the few albums issued under his own name, and a great example of the waves he was making on the 70s west coast scene! There's a depth here that goes beyond most of the other Fantasy Records sessions of the time – a sound that would be right at home on Strata East, or in some of the more righteous Cobblestone sessions – no surprise, given that the ensemble here is filled with key spiritual jazz players, including Woody Shaw on trumpet, Hadley Caliman on flute, Joe Bonner on piano, Billy Hart on drums, Mtume on congas, and even Jean Carn on a bit of guest vocals! Most tracks are longish, and a perfect setting for Azar's exploratory reed work on soprano sax and tenor – and titles include "Warriors Of Peace", "Forces Of Nature", and "The Beautiful & Omnipresent Love".  © 1996-2021, Dusty Groove, Inc.