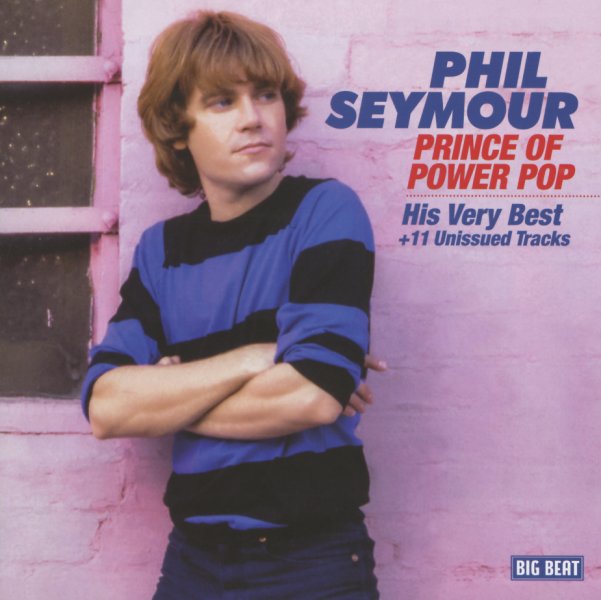 Prince Of Power Pop – His Very Best Plus 11 Unreleased Tracks

Classic sounds from the well-named "prince of power pop" – the mighty Phil Seymour, a singer who only gave us a few albums at the start of the 80s – but a singer who really helped to define a generation at the time! Seymour came onto the scene after the initial ripples of punk and new wave – and, in a way, his music was almost more of a basic return to standard rock and roll – but without all the overblown trappings of the 70s, in a way that really just focused on the singer and the song, and Seymour's incredible talent for putting over a hook! The sound is is relatively unassuming throughout, but the songs are plenty darn catchy – and are presented here in a well-chosen array of material from Phil's first two records for the Boardwalk label, plus 11 more tracks that were recorded at the time, but never issued. As usual with Ace/Big Beat, the presentation is great – lots of detailed notes, and plenty of music for your money – with titles that include "Suzie Glider", "Maybe It Was Memphis", "Baby It's You", "Precious To Me", "Then We Go Up", "Don't Blow Your Life Away", "Teaching Me", "I Found A Love", "Let Her Dance", "Stand Back & Take A Good Look", "I'll Be Waiting", "Looking For The Magic", "Now", and "Better To Me Than You".  © 1996-2022, Dusty Groove, Inc.