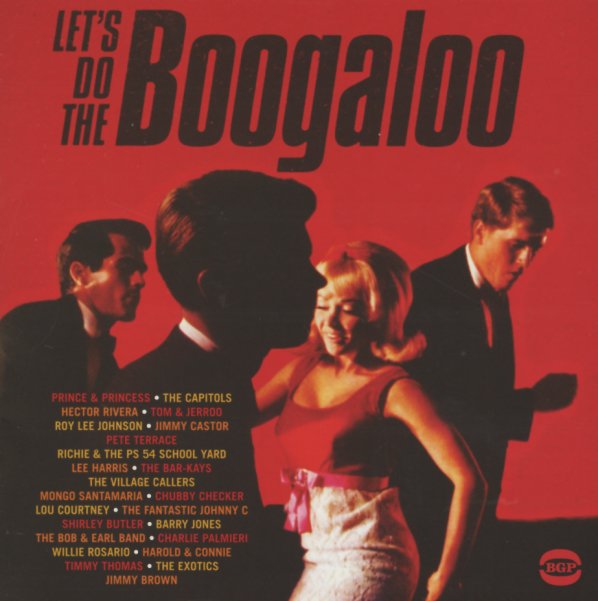 A set that really gets at the full spectrum of the boogaloo groove – not just the Spanish Harlem sounds of the Latin Soul generation – but also the deeper roots of the style from across the USA! "Boogaloo" is a term that most folks use to refer to that New York uptown fusion of Latin rhythms and soulful vocals – and while the NYC styles were key to its fame, the music also burst forth from lots of points west, too – and came together in a flurry of fast rhythms, jazzy instrumentation, and hard-driving vocals that made for a completely infectious blend! This package is a fantastic testament to that mad musical moment – and is overflowing with a selection of gems that goes way past the obvious – not the Fania Records catalog that usually shows up on other boogaloo releases, but a huge batch of tracks from small labels and indie singles too. Titles include "Skate Boogaloo & Karate Too" by Lee Harris, "Block Party" by Jimmy Castor, "Boogaloo #3" by Roy Lee Johnson, "Do The Boo-Ga-Loo (part 1)" by Tom & Jerroo, "Playing It Cool" by Hector Rivera, "Ready Steady Go" by Prince & Princess, "Bar Kays Boogaloo" by The Bar-Kays, "What I Feel" by Richie & The PS 54 School Yard, "Have Some Boogaloo" by Timmy Thomas, "Bugalu" by Charlie Palmieri, "Boogaloo (part 1)" by The Bob & Earl Band, "Me & You Doing The Boogaloo" by Lou Courtney, "Boogaloo Zoo" by Shirley Butler, "Bugaloo Party" by Harold & Connie, "Boogaloo Investigator" by The Exotics, "Funky Funky Boogalo" by Jimmy Brown, and "Let's Do The Funky Boogaloo (part 1)" by Barry Jones.  © 1996-2023, Dusty Groove, Inc.