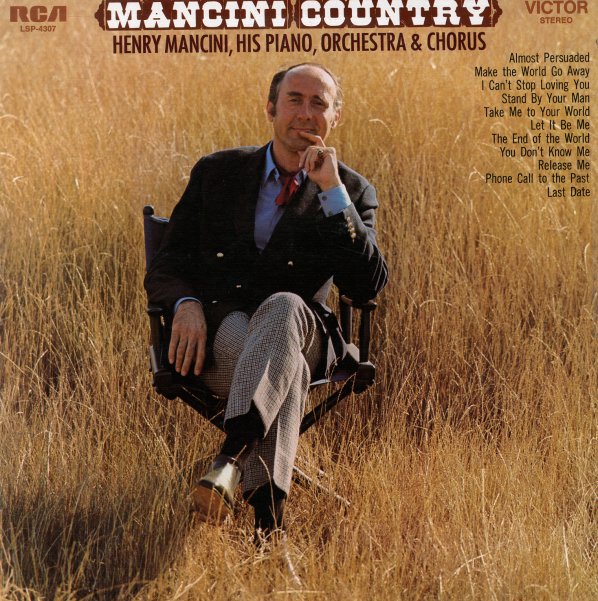 Mancini Country is quite an interesting set – not what you might expect from the mostly-urbane Henry Mancini – but a record that fits surprisingly well into his early 70s catalog! At the time, Hank was moving away from some of the bolder, jazzier modes of his start – and heading towards moodier, mellower music that had a great late nite vibe. His use of isolated piano and chorus is well-known on other records of the time – and comes through great here on tracks that were recorded both in Nashville and Hollywood. Titles are mostly country classics – many from the RCA catalog – recast as Mancini instrumentals – with titles that include "Let It Be Me", "Last Date", "Almost Persuaded", "The End Of The World", "Phone Call To The Past", "I Can't Stop Loving You", and "Make The World Go Away".  © 1996-2022, Dusty Groove, Inc.
(Orange label pressing.)