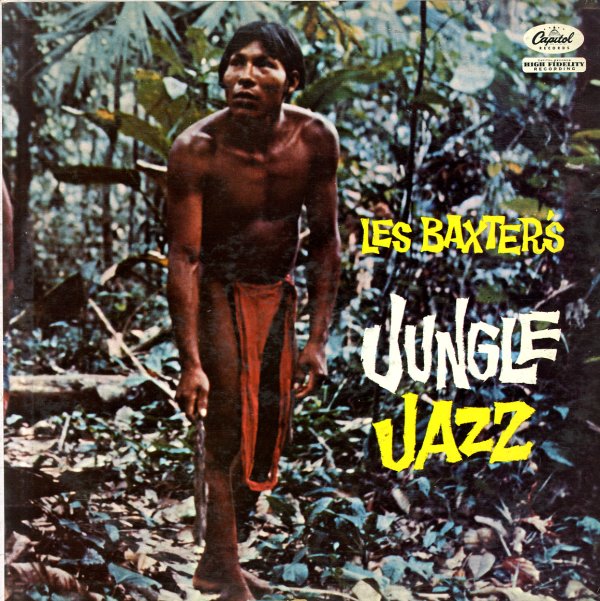 One of our favorite albums ever from the mighty Les Baxter – and one of the few from his Capitol years that really has a strong jazz component! The approach here is similar to Les' classic African Jazz set – with lots of rootsy percussion at the core, maybe more than usual for Baxter – mixed with larger instrumentation, plus a bit of vibes and other percussion – all topped with the soulful tenor of Plas Johnson, whose sound her really brings the whole thing together! The mix of jungle exotica and tenor is completely sublime – and titles include "Amazon Falls", "Coco", "Isle Of Cuba", "Jungla Brava", "Go Chango", and "Blue Jungle". Also features bonus tracks – "Safari", "Banana Boy", "Jungalero", and "Cairo Bazaar".  © 1996-2020, Dusty Groove, Inc.