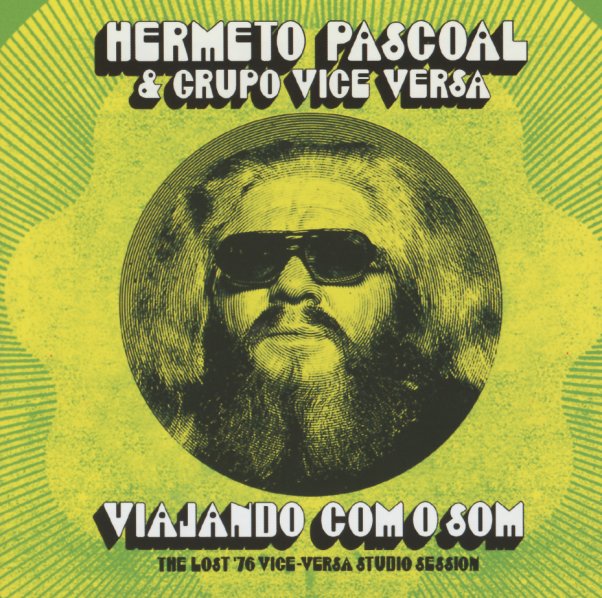 A never-issued album by the great Hermeto Pascoal – recorded in the space between his 70s classics Slaves Mass and A Musica Livre – and every bit as amazing as those classics! The music here is fluid, open, and a fantastic mix of jazz and all of Hermeto's new ideas about musical structure – performed at a level that's highly organic, and with that completely individual vision that Pasocal brought to his sound from the start! This isn't typical Brazilian fusion of the time, but nor is it anything like the tighter sounds that Airto and Flora Purim were recording up in the US – instead, a musical mode that's completely in its own space, and which needs only one listen to convince you of the master's genius. The group here is overflowing with young talent – Lelo Nazario on keyboards, Nivaldo Ornelas and Mauro Senise on saxes and flute, Toninho Horta on guitar, Zeca Assumpcao on bass, and Ze Eduardo Nazario on drums – all important musical visionaries on their own, working together here to hit an even new level of creativity. Aleuda Chaves sings wordlessly on a bit of the record – and the whole thing has that blend of soaring sound and lyricism that marks Pascoal at his best. Titles include "Danca Do Paje", "Natal", "Casinha Pequinina", and "Mavumvavumpefoco".  © 1996-2022, Dusty Groove, Inc.
(Limited to 500 copies – on green vinyl!)