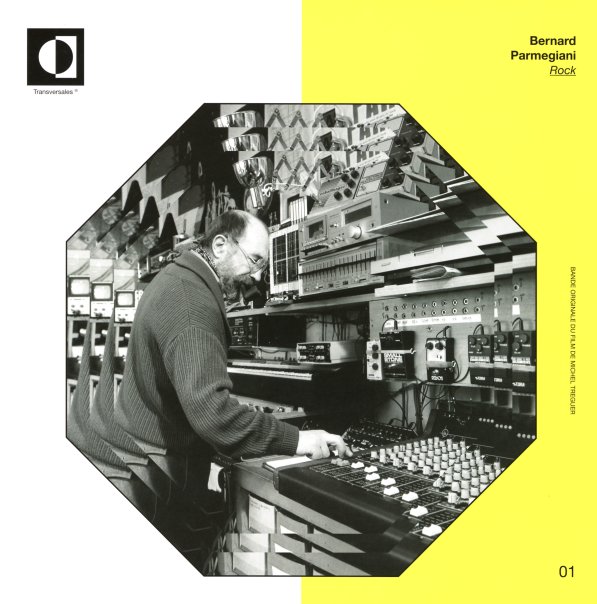 Never-released music by electroacoustic legend Bernard Parmegiani – created in his incredible studio, pictured on the front cover – and issued here for the first time ever! The sounds were created for a film in the early 80s – and they feature Parmegiani working on a beautiful range of keyboards and other electronic sources – on titles that are usually short, and which provide this great link between the serious sounds of Bernard's roots (he was a member of the GDM group), and the more contemporary schlock use of keyboards in horror films. There's nothing schlock here though – and there's also maybe nothing rock, either, despite the title – and the whole thing is a mindblowing musical journey, with tracks that include "Depart", "Rencontre Brisson", "Serge Sur L'Ile", "Serge Assomme", "Deux Rockers", "Alba & Serge", "Serge & Lola", and "Sortie Cafe Sous La Pluie".  © 1996-2022, Dusty Groove, Inc.
(Limited edition!)