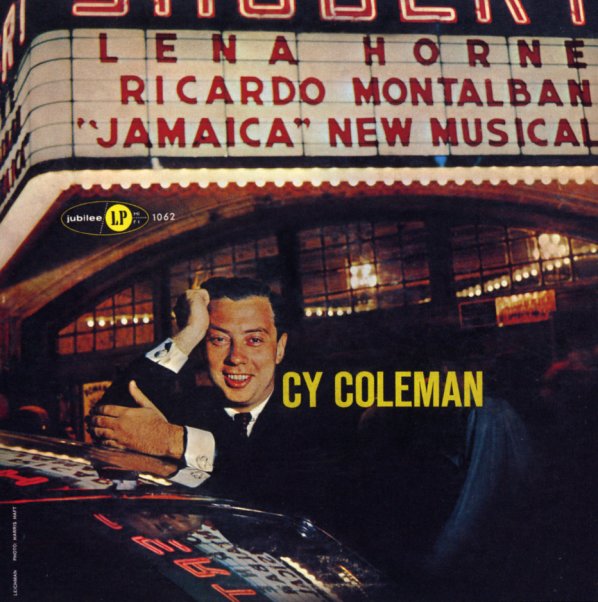 Cy Coleman takes on the music of Jamaica – a Broadway show that he didn't write, but which he really makes his own here through a mix of lively piano lines and vocals! Cy's better known as an instrumentalist, but his few spots of singing here are quite nice – raspy and understated, and just the right sort of charm for the tunes – delivered in a way that's probably quite different than the numbers must have sounded on the stage. The group's got a good spirit, too – some occasional "island" inflections, which are maybe more Latin jazz overall – as Cy works with Aaron Bell on bass, Ray Mosca and Osie Johnson on drums, Skeeter Best on guitar, and Romeo Penque on flute. Titles include "Savanna", "I Don't Think I'll End It All Today", "Take It Slow Joe", "Monkey In The Mango", and "Little Biscuit".  © 1996-2021, Dusty Groove, Inc.

Feelin's From Within
Groove Merchant, 1976. Very Good Gatefold
LP...$14.99
The Ebony Godfather is grooving here with a set of fuller backings – sweet clubby funk, arranged and conducted by Brad Baker (of B Baker Chocolate Company fame) – all as a showcase for Joe's sweet work on flute and tenor sax! There's a fair bit of keyboards on the tunes – played ... LP, Vinyl record album

Top Brass Featuring The 5 Trumpets
Savoy, 1955. Very Good
LP...$24.99
Hard-swingin tracks from Ernie Wilkins – one of the most soulful arrangers of his time, working here in a wonderful all-star session from the 50s! The album's definitely got the "top brass" promised in the title – a lineup that features Donald Byrd, Ray Copeland, Idrees ... LP, Vinyl record album

Look Around
A&M, 1967. Very Good
LP...$16.99
Dreamy bossa pop from the A&M studios of the 60s – the Brasil 66 sound at its best! The style here is a perfect blend of real Brazilian influences and some of the hipper styles bubbling in the LA studio scene of the time – all locked together perfectly by Sergio Mendes, in the twin- ... LP, Vinyl record album