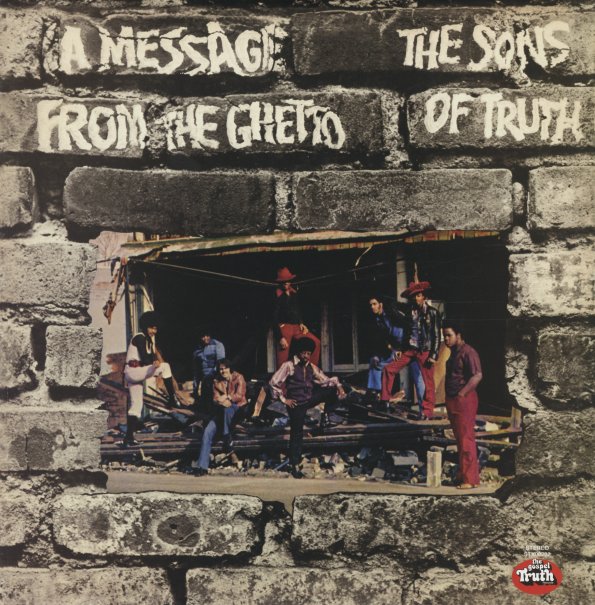 Message From The Ghetto (180 gram pressing)

One of the most righteous albums ever issued by Stax Records – from the title of the record, to the cover, to the grooves laid down by the group! The album was originally issued on Truth – the gospel subsidiary of Stax – and while it does have a bit of a spiritual component, the group's also plenty darn funky too – and the record has a feel that's far more secular than most other gospel records of the time! In fact, the whole thing may well stand as one of the best mainstream examples of the funky gospel genre of the 70s – one of the few records of this type issued on a slightly bigger label, even though the set still is something of a rarity! There's plenty of fuzzy guitar and electric piano in the mix – and the religion in the song lyrics is fairly buried in most cuts, and the overall approach is more one of general spiritualism and humanity, than it is preachy and churchy. Tracks include "The Ghetto", "Son Of The Deacon", "Give It Up", "God Bless The Children", and "He's All We Need".  © 1996-2021, Dusty Groove, Inc.