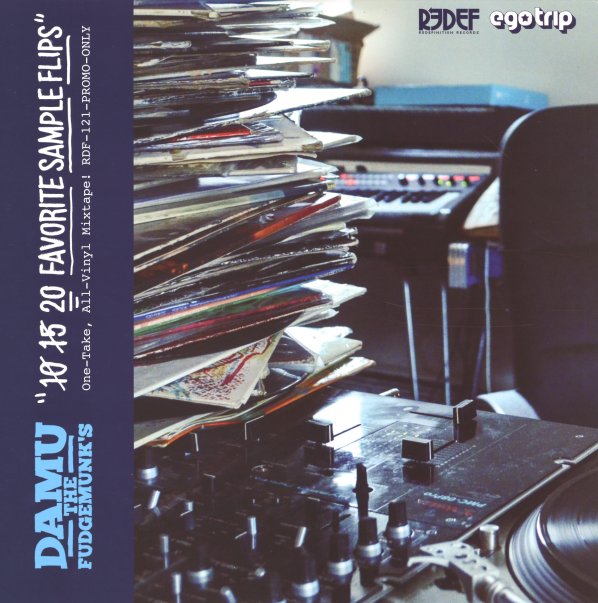 One-take, all vinyl, favorite funky sample flips by Damu The Fudgemunk for Ego Trip! Essentially a private press mix companion piece to an Ego Trip feature with Damu in which he discussed favorite sample craft – none of which is essential info for enjoyment, as it stands plenty strong on its own, mixing well known and lesser known sample-heavy hip hop and funk – and runs nearly an hour in length.  © 1996-2022, Dusty Groove, Inc.