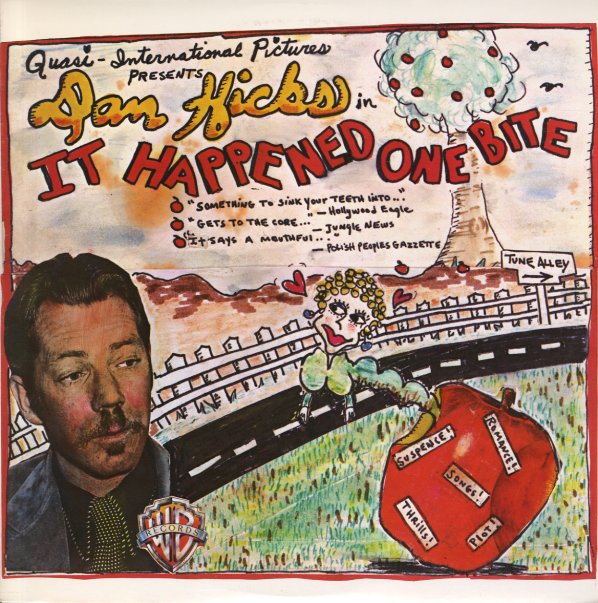 It Happened One Bite (widescreen edition – with bonus tracks)

Pretty great later work from Dan Hicks & The Hot Licks – not the immediately-retro style of their earlier albums, but instead this wonderful blend of so many different jazz and acoustic elements – set forward with a style that's wonderfully groovy overall! There's a hip, scatting vibe to the music that almost puts Hicks in the same 70s territory as Ben Sidran – although maybe a few notches earlier in terms of his inspirations – yet coming across with a breezy warmth that's really beautiful, almost like the shift that Maria Muldaur had made from her trad styles of the 60s to the groove of "Midnight At The Oasis". Fender Rhodes warms the record up at all the right moments – and titles include "Boogaloo Jones", "Cruzin", "Garden In The Rain", "Dizzy Dogs", "Vinnie's Lookin Good", "Lovers For Life", and "Collared Blues". Great CD issue features the full material originally recorded for release as a soundtrack – the tracks on the album, plus 9 more unreleased bonus tracks – including "Gone With The Wind", "Hummin To Myself", "Lulu's Back In Town", "You Belong To Me", and "Walkin My Baby Back Home".  © 1996-2021, Dusty Groove, Inc.