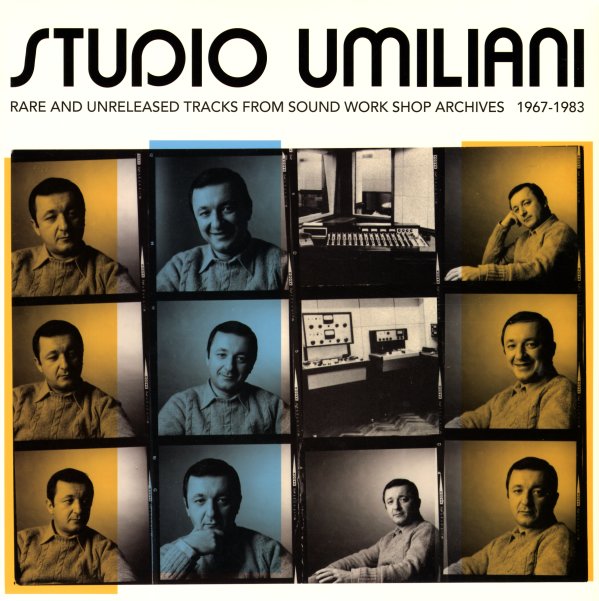 A totally cool set from Piero Umiliani – an Italian composer who was so inventive, he had to create his own studio just to find a space to express all of his many ideas! And while Umiliani's more experimental side has gotten a lot of attention in recent years, a lot of the tracks here are in his jazzier, groovier mode – the sort you'd know from his famous 60s soundtrack work – with lots of organ, Fender Rhodes, moog, and other keyboards from Umiliani – and some great guest appearances that include saxes from Enzo Scoppa, trumpet from Cicci Santucci, Fender Rhodes from Enrio Pieranunzi, and even a bit of vocals from I Cantori Modern! The tracks here were all recorded by Piero on his own – some were used on soundtracks, some on sound library albums, and a number are previously unissued – and together, the whole thing features lots of rare work from this genius that we'd never heard before. Titles include "Rakto E L'Oroso Tema Moog", "Petra Tema Jazz", "L'Invasione Dei Folletti", "Le Cascate Di Iguacu", "C'En Una Fantasma Nel Mio Letto M68", "Risaie", "Millenni", "Grand Canyon", "Il Burattinaio M8 + M9", and "Non Mollare".  © 1996-2021, Dusty Groove, Inc.
(Limited edition of 500!)

To-Day's Sound
Schema (Italy), 1971. New Copy 2LP Gatefold (reissue)
LP...$29.99 39.99
A gem of a record from the great Piero Umiliani – and maybe one of his funkiest, grooviest projects ever! The set is more sound library funk than soundtrack – and features some very strong keyboard work in the lead on most track – including Fender Rhodes, moog, Hammond, and even ... LP, Vinyl record album