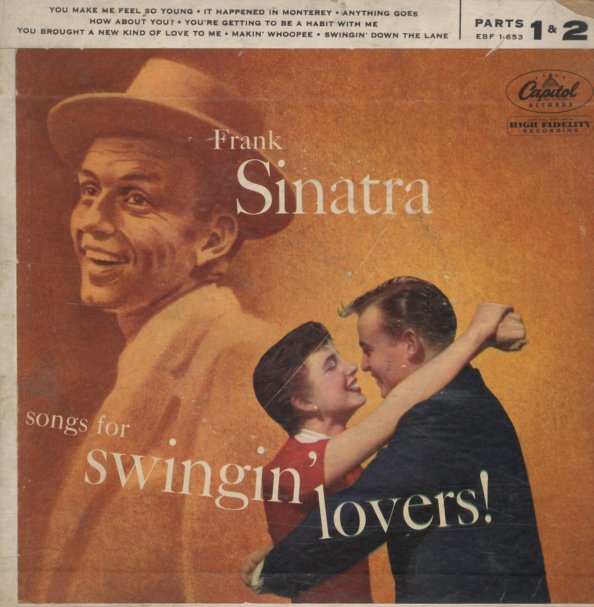 A near-perfect session of 50s Sinatra – upbeat, lively, and with an undeniable punch that completely transforms every tune! The great Nelson Riddle is backing Frank up on the set – and the album's one of their liveliest from the time, filled with familiar tunes that Frank slips into like an old glove – then runs with as if they're his own! Titles include "It Happened In Monterey", "Love Is Here To Stay", "I've Got You Under My Skin", "You Make Me Feel So Young", "Old Devil Moon", and "How About You?".  © 1996-2022, Dusty Groove, Inc.
(70s yellow label pressing.)