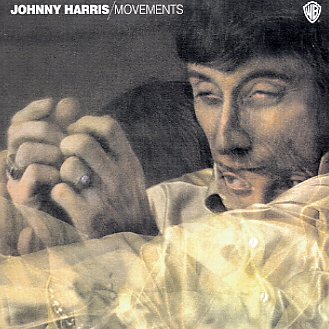 A seminal album from Johnny Harris – the David Axelrod of the UK! Like David, Johnny worked heavily at the end of the 60s and early 70s – blending funk and jazz influences with older styles of soundtrack and instrumental work, coming up with a sublime style that was never duplicated, and barely understood at the time of release. (That's one reason why this album's lain under-appreciated for years – and why we're so happy to have it back again now!) Movements is a brilliant suite of tracks, blending funky rhythms and soaring strings, isolated instruments and atmospheric production – breaking forth with some amazing sample tracks that really crack a groove. The whole thing's incredible, and one of those lost groove classics that we'd recommend for any serious collection. Titles include "Footprints On The Moon", "Light My Fire", "Stepping Stones", "Fragments Of Fear", "Paint It Black", "Something", "Reprise", and "Give Peace A Chance".  © 1996-2021, Dusty Groove, Inc.