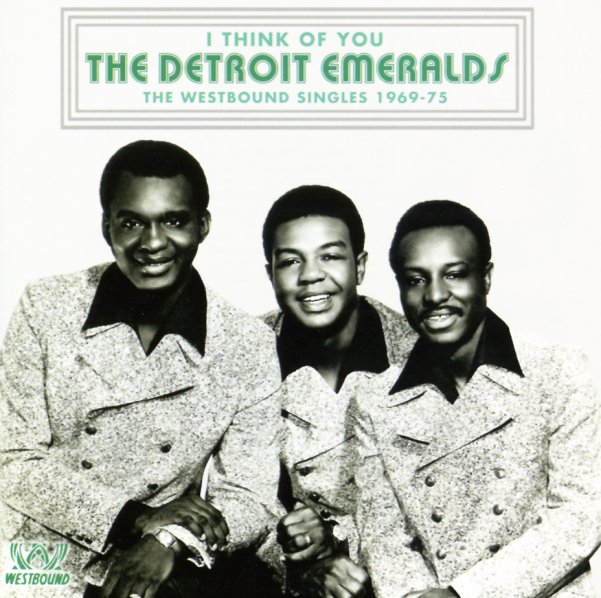 One of the great groups of the Detroit soul scene at the end of the 60s – but an act who never got the full fame of contemporaries like The Four Tops or Temptations! That didn't stop the Detroit Emeralds from being a hell of a vocal act, though – as they've got a mixture of tight harmonies and raw soul that's completely wonderful – and which finally gets full exposure here in a well-done selection of all their singles for the Westbound label! The imprint might be best known as the home for trippy soul by Funkadelic and Ohio Players – yet during the same classic stretch, Westbound also handled this hip Detroit trio to perfection – taking their 60s-schooled harmonies, and giving them a more sophisticated spin for the 70s – really letting the vocals take off as the group demonstrates their Dells-like power, and moving the arrangements of the tunes past overdone Motown styles of the decade before. The result is some of the hippest harmony soul you'll ever hope to hear – all presented here with the wonderfully deep Ace/Kent Records presentation – with 23 tracks that include "If I Lose Your Love", "Things Are Looking Up", "Lee", "Wear This Ring With Love", "Feel The Need In Me", "Whatcha Gonna Wear Tomorrow", "I Think Of You", "Rosetta Stone", "Set It Out", "Til You Decide To Come Home", "I'll Never Sail The Sea Again", "There's Love For Me Somewhere", "You're Gettin A Little Too Smart", and their classic "Baby Let Me Take You In My Arms".  © 1996-2022, Dusty Groove, Inc.