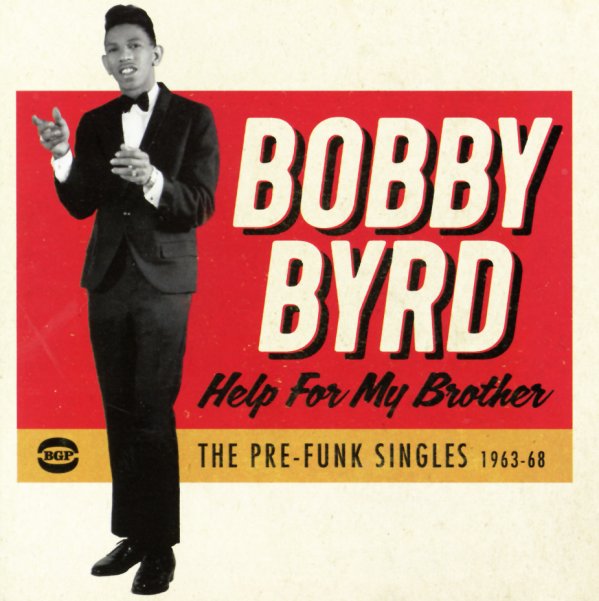 Incredible work from Bobby Byrd – the man who was literally standing in the shadow of James Brown during the 60s – given how many times Bobby appeared with James on stage, and worked with him in the studio! Yet despite that near-lifetime association with The Godfather, Bobby's a hell of a singer on his own – definitely in the JB mold, but with a voice that can sometimes sweetly crackle in a very personal style – and also open up into different themes that sometimes move his music more towards Stax or Atlantic than some of James' King Records material from the time! All that range and plenty more is presented here – in an overlooked side of Bobby's career – all the wonderfully strong solo tracks he recorded with James Brown as a producer – issued in the mid 60s by the Smash and King Records labels, and a hell of a discography on its own. In fact, had Byrd not worked with James, we'd maybe guess that he would have hit even bigger fame on his own with these singles – such is the quality in both the vocals and overall presentation. This is the first time this material has ever been pulled together like this – and most of it has never been reissued at all – and the 24 track CD is overflowing with great notes that also give Bobby his due. Titles include "Write Me A Letter", "I Found Out", "Ain't No Use", "I'm Just A Nobody (parts 1 & 2)", "Lost In The Mood Of Changes", "You're Gonna Need My Lovin", "Let Me Know", "Time Will Make A Change", "No One Like My Baby", "Funky Soul (parts 1 & 2)", "You Gave Me Heart A Song To Sing", "My Concerto", and "I'm Lonely".  © 1996-2022, Dusty Groove, Inc.

Andy Smith's Northern Soul – A DJ Andy Smith Turntable Mix
BGP (UK), 1960s/Early 70s. New Copy
CD...$9.99 18.99
A wicked little collection of rare soul singles – all hand-picked by Andy "The Document" Smith, with an equal focus on Northern dancefloor numbers and harder funkier tracks! The set's a nice contrast to other collections on the market, because Andy's coming at the music from a ... CD