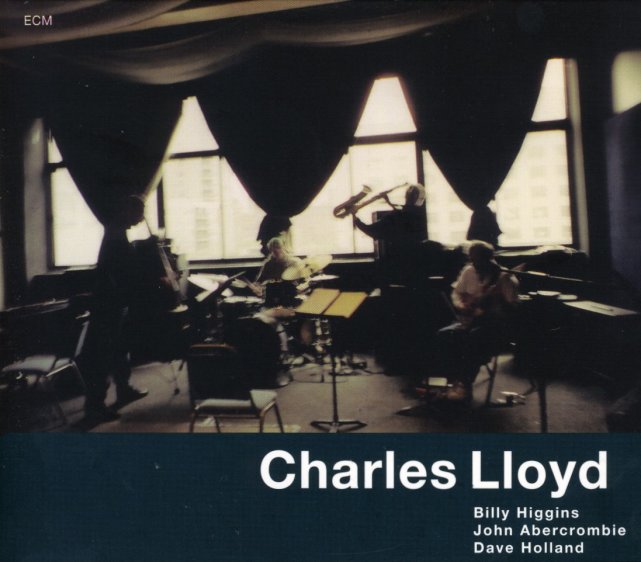 A key album from the later Charles Lloyd years on ECM – from a moment when the saxophonist seemed to be completely reinvigorated, and exploring very different territories than his music of the 60s! Part of the sound has Lloyd hitting a few ECM vibes – hard not to do with a group that features John Abercrombie on guitar, Dave Holland on bass, and Billy Higgins on drums – but there's also moments that are looser and freer, too – really showing the individuality that's always been such a hallmark of Charles' recordings, and which here is hardly going to cowtow to any sort of stricter style for the label. The tenor work is superb – very sinuous and constantly exploring, but never overindulgent – and titles include "Voice In The Night", "Dorotea's Studio", "Homage", "Pocket Full Of Blues", "Forest Flower Sunrise/Sunset", and "A Flower Is A Lovesome Thing".  © 1996-2020, Dusty Groove, Inc.
(Slipcase is not included, rear tray card has a crease.)

Charles Lloyd In The Soviet Union
Atlantic (Japan), 1967. Used
CD...$19.99
Charles Lloyd in the Soviet Union – blowing beautifully on an open-ended set that must have really loosened things up in Red Square! The album features Lloyd at his freewheeling 60s best – working in his group with Keith Jarrett on piano, Ron McClure on bass, and Jack DeJohnette on ... CD

Dream Weaver (Japanese pressing)
Atlantic (Japan), 1966. Used
CD...$14.99
A classic set from reedman Charles Lloyd – a set that really pushes forward all the experiments he'd begun in the Chico Hamilton group – and shows a bold move forward for rhythms in 60s jazz! The tracks are long, and spiral out wonderfully – but in ways that are different than ... CD