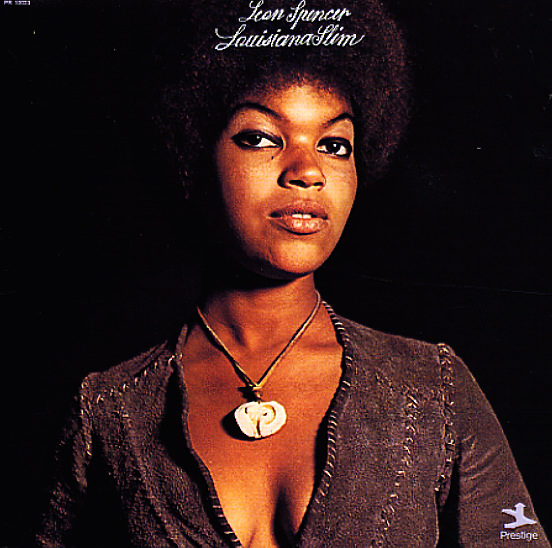 Sublime Hammond from the amazing Leon Spencer – heard here at the height of his younger years, when he was cooking up as much magic in the studio as Johnny Hammond or Charles Earland – and really stretching things out, in ways that take the jazz organ format much farther than the giants of a decade before! The date's an all-out great one in the Prestige funky jazz mode – with Spencer on organ, Melvin Sparks on guitar, Grover Washington Jr on tenor, and Idris Muhammad on drums – a bit more subtle than before, but still plenty darn funky! Tracks are nice and long – and the record includes the originals "Louisiana Slim", "Our Love Will Never Die", "The Trouble With Love", and a cover of "Mercy Mercy Me".  © 1996-2021, Dusty Groove, Inc.
(NOTE – Cover has masking tape on the seams and spine, surface wear, and is lightly wrinkled and wavy at the bottom 4 inches.)

Cookin' Together
Prestige, 1964. Very Good+
LP...$14.99
Groovy session that features this star tenorist of the Jack McDuff group as the leader, but which also has the same group backing him up – including McDuff on organ, George Benson on guitar, and Joe Dukes on drums. The set list has a good batch of originals, with the same sort of groove and ... LP, Vinyl record album

Day In The Life
CTI/A&M, 1967. Very Good Gatefold
LP...$19.99 (CD...$6.99)
Mindblowing! This is when Wes Montgomery really starts to get interesting to us – when he's working with a top-line arranger like Don Sebesky, crafting some incredibly compelling chords over lightly jazzy arrangements and soaring strings, in a whole new mode of expression that would go onto ... LP, Vinyl record album