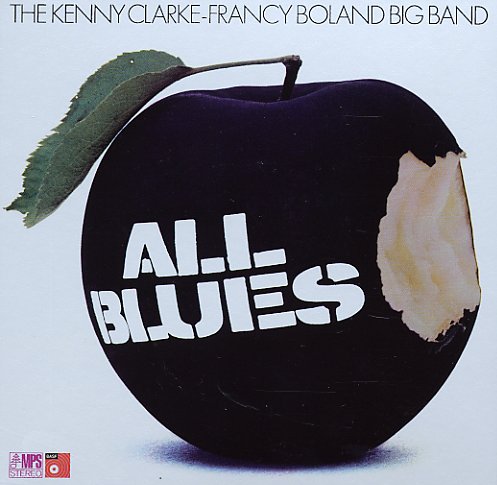 An excellent Clarke Boland Big Band LP – very much in the spirit of the group's best work of the era – one that uses the blues of the title merely as springboard for their ebullient big band groove! The album featuring a stellar array of soloists, including Tony Coe on clarinet, Sahib Shihab on flute, Ake Persson on trombone, Benny Bailey on trumpet, and others – on top of stellar work from the leaders! The tunes are wonderful throughout – tightly jazzy, played in a full on big band mode, but with plenty of breakout solos that really showcase the excellent talents in the group! Cuts include "At Ronnie's", "The Wildman", and Francy Boland's "All Blues" suite.  © 1996-2022, Dusty Groove, Inc.
(One inside seam of the gatefold cover is unglued, and cover has a light stain on the bottom – but looks nice overall.)

Jazz Is Universal
Atlantic, 1962. Very Good
LP...$9.99
Great early genius from the Clarke Boland Big Band – proof that Kenny and Francy were onto something great, right from the start! The album really has the group hitting the heights of their MPS years – stretching out way past earlier big band modes, into the hip mix of rhythms and ... LP, Vinyl record album

Liberated Fantasies
MPS, 1976. Near Mint-
LP...$23.99
Solid soul from the amazing George Duke – a record with a fair bit more focus than some of his previous efforts for MPS, but still done with a free and righteous vibe overall! The album's one of the last before Duke moved into smoother soul territory for his US albums of the late 70s – ... LP, Vinyl record album

Hamburger Idylle (aka A Jazz Tune I Hope)
MPS, 1978. Near Mint-
LP...$14.99
Pure brilliance from trombonist Albert Mangelsdorff – a player who may well have done more for his instrument than any other musician we can think of! The sounds here are amazing – not just familiar jazz modes, but also lots of strange tones, open sounds, and more – yet always ... LP, Vinyl record album