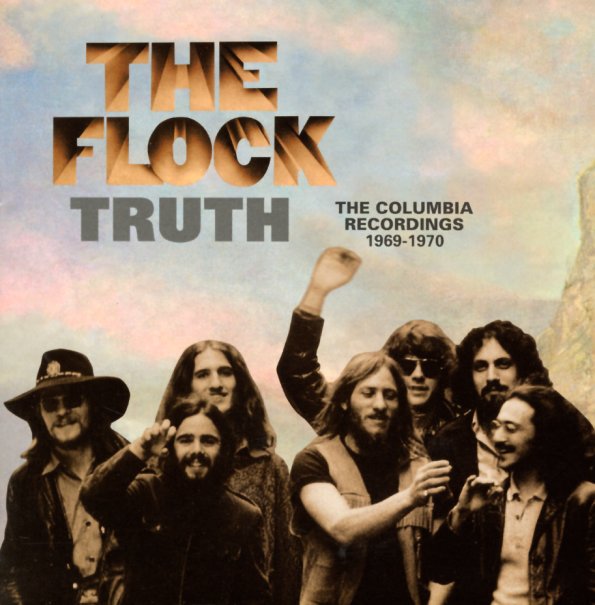 A pair of albums by The Flock – with bonus tracks too! First up is the group's self-titled debut – far-reaching sounds from The Flock – a group who were maybe one of the best American acts at the end of the 60s to blend trippy rock with the big new wave of jazz fusion! These guys definitely use horns in a way that link them to the chunky groove of early work by Chicago or Blood Sweat & Tears – but they're also clearly going for a more long-haired vibe, too – especially when they open up on some acoustic stringed instrumentation – such as 12-string guitar or violin, both of which are handled by Jerry Goodman in a really great way! These instruments really shape some of the sound of the set – especially the violin when it's used in these freewheeling passages that might give Jean-Luc Ponty a run for his money – but there's also a core, tight soulful sound that balances things out nicely – as does some of the heavy drums and fuzzy guitar! Titles include "Clown", "I Am The Tall Tree", "Store Bought Store Thought", and "Truth" – plus a very cool funky cover of The Kinks' "Tired Of Waiting". Dinosaur Swamps has a slightly different sound than previously from The Flock – a set that brings in some sweet Hammond organ to the group's mix of jazzy horns and freewheeling guitar and violin – all in a way that even makes the whole thing better than before! The organ is never too jamming, but used at times to give the music a subtle majesty – and at other times to maybe percolate a bit more soul – while the previous instrumentation on guitar, violin, trumpet, and saxes is only even better than before – really setting these guys apart with one of the most unique visions in American jazz rock – especially when they maybe hit a few other musical roots too. Titles include "Green Slice", "Big Bird", "Hornschmeyer's Island", "Crabfoot", "Mermaid", and "Uranian Sircus". 2CD set features lots of bonus tracks – including "Afrika", "Just Do It", "Clown (part 1 & 2)", "What Would You Do If The Sun Died", "Lollipops & Rainbows", "Chanja", and "Atlantians Truckin Home".  © 1996-2021, Dusty Groove, Inc.