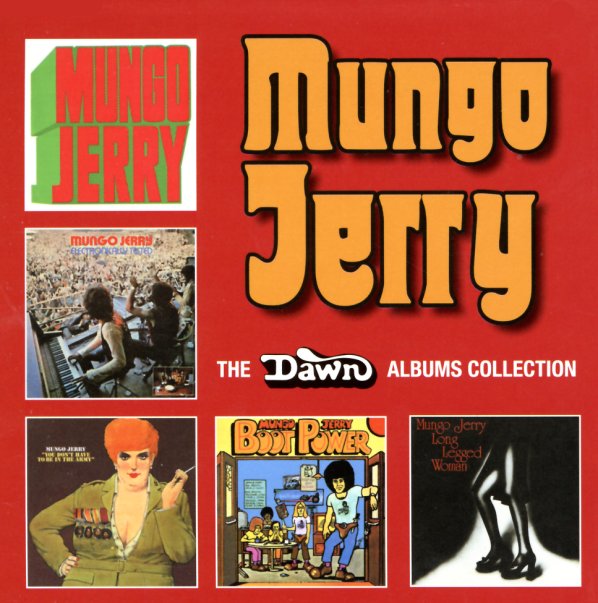 The complete early works of Mungo Jerry – one of the most unique groups on the British scene in the early 70s! Mungo Jerry have a style that's strongly influenced by American roots – blues, folk, hillbilly, jug, and string band sounds – of the sort that you'd hear reworked in more contemporary rock modes by American acts like Canned Heat or Nitty Gritty Dirt Band – but served up here with a very different vibe! There's a weird compressed style of productions on many tracks, which really works perfectly with the vocals of Ray Dorset – almost creating a bridge from decades past of musical expression, and the glam era of the time at which the albums were released! Apart from a few hits on the radio over here, the full Mungo Jerry sound has never been explored – and this huge package features five full albums, along with bonus tracks, all packaged in these very cool LP-styled sleeves. Albums include the self-titled Mungo Jerry, Electronically Tested, You Don't Have To Be In The Army, Boot Power, and Long-Legged Woman – plus 22 more bonus tracks too.  © 1996-2022, Dusty Groove, Inc.