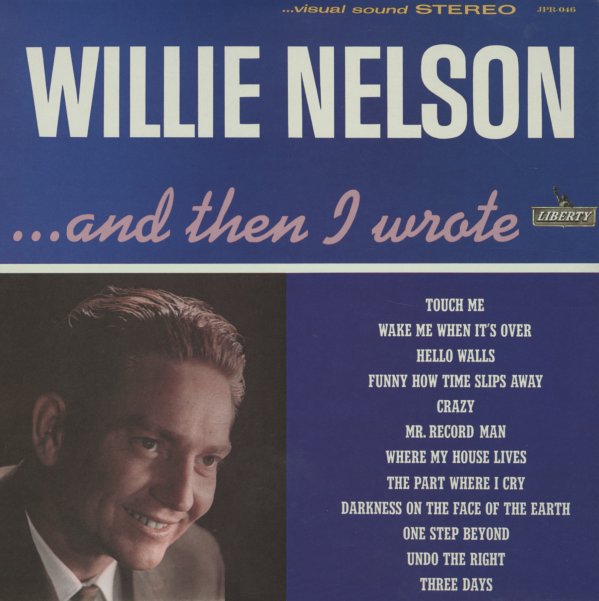 And Then I Wrote (opaque blue vinyl pressing)

Incredible early work from Willie Nelson – quite different from his outlaw material of the 70s, but equally compelling in its own sort of way! As you'd guess from the title and cover, the set came out at a time when Willie was a real up-and-coming songwriting in country music – responsible for hits for artists like Faron Young, Patsy Cline, and others – and finally given the chance to start as a singer on his own. Willie's style is as amazing as his songs – very different than the mainstream, and often inflected with plenty of jazz – which, for some odd reason, as wonderful as it sounds, is what also kept Nelson away from stardom for most of the 60s. Yet don't let that put you off at all, as the presentation of the material is sublime – completely personal, almost heartbreaking, and still with all those charms that most of the rest of the world didn't discover with Willie for another decade or so. Titles include "Funny How Time Slips Away", "Crazy", "Mr Record Man", "One Step Beyond", "Wake Me When It's Over", "The Part Where I Cry", "Hello Walls", and "Darkness On The Face Of The Earth".  © 1996-2022, Dusty Groove, Inc.