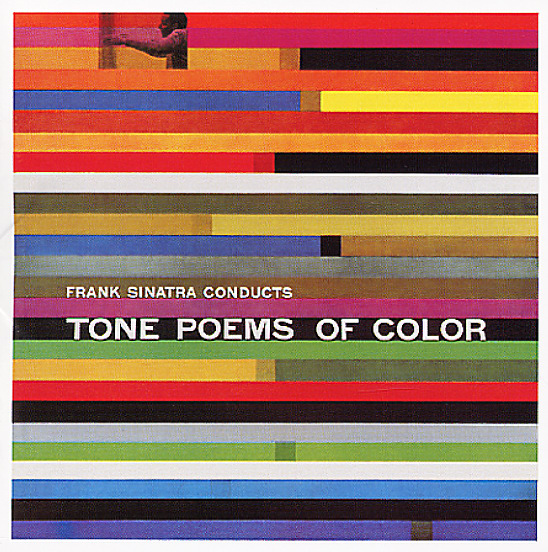 An incredible oddity in the Sinatra catalog at Capitol – one of the few albums that actually features him as an orchestra conductor, not a singer. Others we can recall with Frank in this mode are Capitol albums by Peggy Lee and Dean Martin – but Tone Poems is unique, a real "concept" album that has Sinatra working through color-based tunes ("Yellow", "Green", "Red", "Silver", and so on), written by some of the top arrangers of his years, including Nelson Riddle, Billy May, Gordon Jenkins, Andre Previn, and Alec Wilder. The overall approach is more serious and less hokey than you'd expect – and while we certainly miss Frank's vocals, the scope of the album also shows his rich growth as an artist during the Capitol years.  © 1996-2021, Dusty Groove, Inc.
(Original black label pressing! Cover is nice. Vinyl has some light crckles at the start of each side, but is nice overall.)