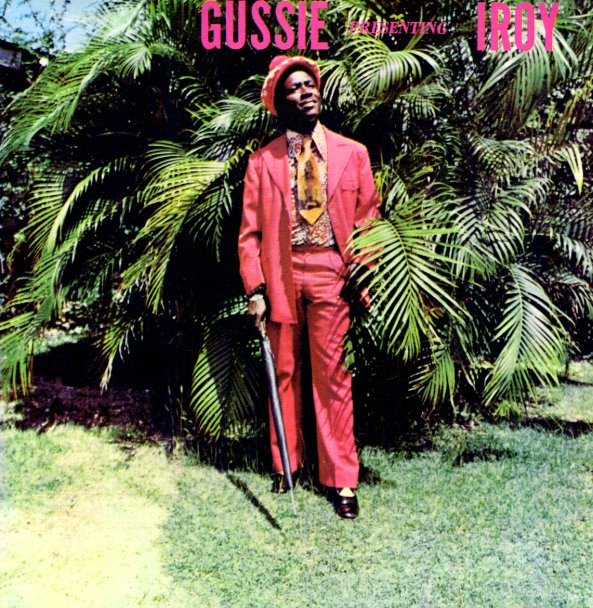 The classic full length debut of I Roy on record – although by this point, his reputation on the Kingston scene had already been set! Heavyweight producer Gussie Clarke decided to make a move into the Dee Jay realm in the early 70s and recruited microphone fiend I Roy to chat up some of his fiercest rhythms, then pimps the man out in a choice pink suit for the cover shoot, adding up to an irresistible package! When the album was released, I Roy was already a top DJ – part of a whole new hip-stepping generation who could bring a special sort of spin to the music – dropping wisdom and wit with an effortless sense of style – over rhythms that bubble along in a fantastic way – equally effortless in their laidback groove! Titles include "Red Gold & Green", "Pusher Man", "Black Man Time", "Smile Like An Angel", "Peace", "Coxsone Affair", "Screwface", "First Cut Is The Deepest", "Tripe Girl", and "Cow Town Skank".  © 1996-2021, Dusty Groove, Inc.
(Numbered limited edition pressing of 750 – on orange vinyl!)