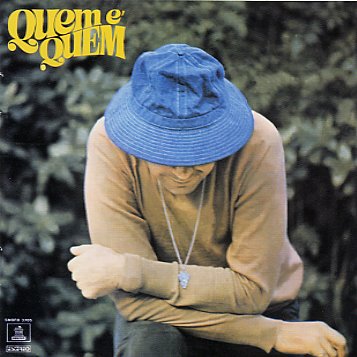 A gem of a record – one we wouldn't part with for anything! Joao Donato's best known as one of the founding fathers of bossa nova – better known for his 60s work over the years, than he was for 70s electric work like this. Fortunately, international groove hounds picked up on the record years back, and it's been firmly brought back into the limelight as the classic it truly is! The set's an incredible reworking of Donato's sound – the gentle jazzy phrasing of the bossa years turned towards mellow groovers that feature a heck of a lot of electric piano. The album's got a few classic funky tracks, and some even more wonderful tracks that feature Joao working sparely on Fender Rhodes – accompanying himself on raspy vocals on most of the cuts! The whole thing's great – and titles include "Nana Das Aquas", "A Ra", "Amazonas", "Mentiras", "Cala Boca Menino", "Cade Jodel", "Me Deixa", and "Ate Quem Sabe".  © 1996-2022, Dusty Groove, Inc.