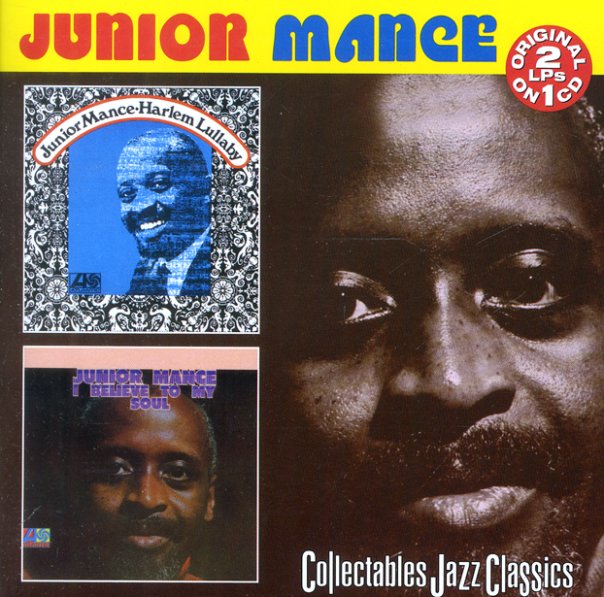 Harlem Lullaby/I Believe To My Soul

Two sides of late 60s Atlantic work by pianist Junior Mance – laid back to back on one CD. Harlem Lullaby is pop soul jazz work from Mance – who's playing here in a semi-traditional style that fits the evocative title of the album. Most of the cuts feature Mance in a trio – wither with Gene Taylor or Bob Cunningham on bass, and Ray Lucas or Alan Dawson on drums. There's two cool tracks in which Mance plays harpsichord – the cuts "The Uptown" and "Cootin" – and these have a nice edgey vibe that makes them stand apart from other tracks like "Harlem Lullaby", "That Mellow Feeling", and "I'm Falling For You". I Believe To My Soul Not is as funky as some of Junior's other work from the time, but a nice album of tightly-arranged late 60s soul jazz – with help from good players like Hubert Laws, Jimmy Owens, David Newman, and others. The sound is similar to other Atlantic albums around the same time – with that "trying for an instrumental hit" kind of feel that often brings out some strong and subtle solo performances from the leader. Titles include "Time & A Place", "I Believe To My Soul", "My Romance", "Don't Worry 'Bout It", and "Golden Spur".  © 1996-2020, Dusty Groove, Inc.
(Out of print.)