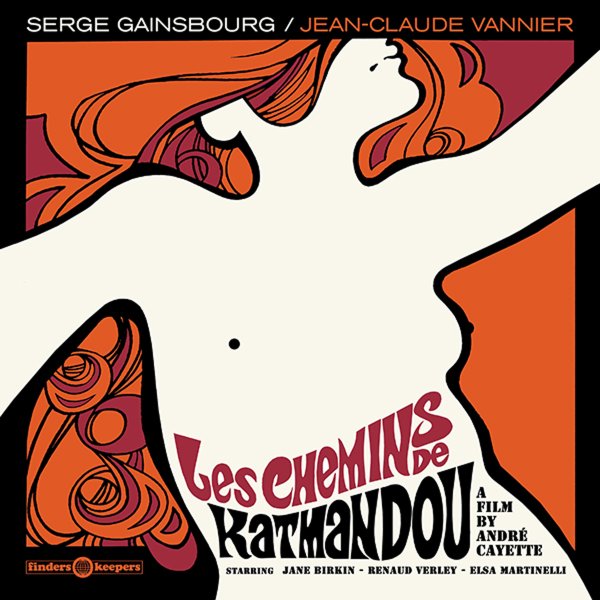 A lost chapter in the legendary legacy of music from the team of Serge Gainsbourg and Jean-Claude Vannier – the pair who created Serge's fantastic Melody Nelson album, and also did the funky soundtracks for the films Cannabis, La Horse, and Sex Shop! This set is every bit as groovy as those classics, but has been lost for years – because the master tapes were reportedly lost, and have only just recently been discovered – which makes the whole thing a 21st Century treasure from these two 60s maestros! The music is great – funky at times, jazzy at others – with elements that include tablas and sitar, funky bass, fuzzy guitar, heavy drums, and sweet clavinet – all used with that mindblowing melange that Vannier could cook up in the studio – so that even some of the familiar elements come out sounding very fresh and new. The film was also issued under the names Road To Kathmandu and The Pleasure Pit – and titles include "Opium Den", "Overdose", "Flower Child", "The Pleasure Pit", "Cache Cache", "Fallen Rainbow", and the tune "Colin Maillard" – a great funky number that's done in both vocal and instrumental versions.  © 1996-2022, Dusty Groove, Inc.

Initials BB (180 gram pressing with download)
Philips (France), 1968. New Copy (reissue)
LP...$16.99
A fantastic Serge Gainsbourg album – and the BB initials in the title belong to Brigitte Bardot! This rare gem from 1968 is a second set of tracks that Serge cut with Brigitte Bardot – and it's a doozy! The record repeats a few tracks from their other effort (Bonnie & Clyde) ... LP, Vinyl record album

Toujours Chic – More French Girl Singers Of The 1960s (180 gram pressing)
Ace (UK), 1960s. New Copy
LP...$24.99 28.99
Incredible female pop from 60s France – not weepy ballads or old school Paris numbers, but the kind of hip-snapping, all-groovy material that made the 60s French scene so great! Loads of these tracks are new to our ears (and we love French grooves a lot!) – and this volume of the ... LP, Vinyl record album