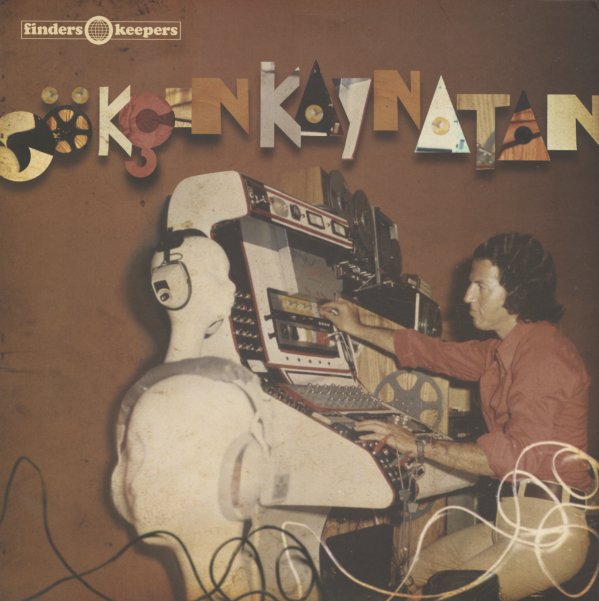 You may not be able to say his name that easily, but you'll definitely be singing the praises of Gokcen Kaynatan after you hear this groovy little record – a totally amazing bit of moogy electronics recorded on the Turkish scene in the 60s and 70s! There's plenty of guitar in the mix, too – but the real charm comes from the bubbling, percolated electronics – which seem to include some tape tricks along with the analogue synthesizer, and also some great drum machine rhythms too – but all in the best early chunky 70s modes, and not the later sort of 80s drum machine styles! There's only a slight hint of some of the more familiar Turkish rock styles of the period – as the songs here, while tuneful, are usually devoid of lyrics – and would most likely be more at home in the world of Perry & Kingsley than Ersen or Baris Manco. A fantastic discovery from the Finders Keepers folks – with titles that include "Lost Island", "Doganin Otesi", "Evren (unreleased ext version)", "Madimak", "Beyoglu'Nda Gezersin", and "Cennet Dunyamiz".  © 1996-2021, Dusty Groove, Inc.