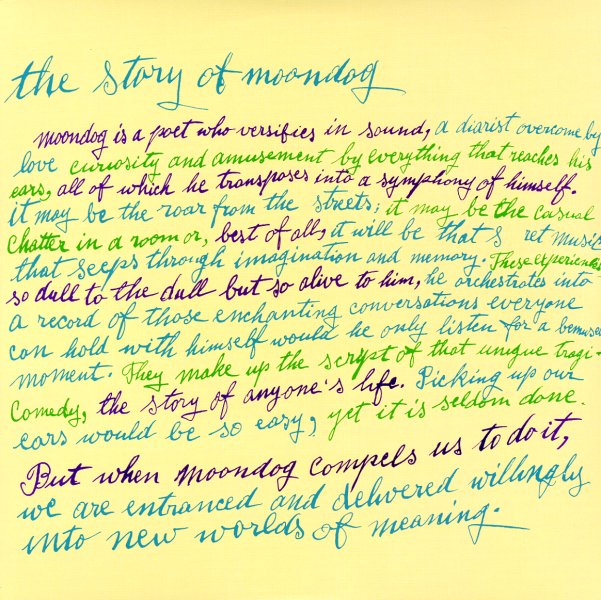 Incredible work from the enigmatic Moondog – his third, and to that point, possibly most angular record for Prestige to date! The work here is quite different than some of Moondog's later, more serious compositions – in a mode that's much earthier, personal, and spontaneous – a little more in keeping with the mostly-jazz catalog on Prestige (although admittedly, all Moondog records are still a strange fit for the company!) There's a spare, stark modern style and a looser, freer sound, with lots of off kilter, but hypnotic percussion. The tracks are largely played on instruments created by Moondog himself, including a triangular drum and a string instrument struck with a clave, and tripod suspended log hit with rubber mallets. Titles include "Up Broadway", "Perpetual Motion", "Gloving It", "Two Quotations In Dialogue", "5/8 In Two Shades", "Moondog's Theme", "Wildwood", "Organ Rounds" and more.  © 1996-2021, Dusty Groove, Inc.
(Limited edition of 1000 – on purple & green vinyl!)