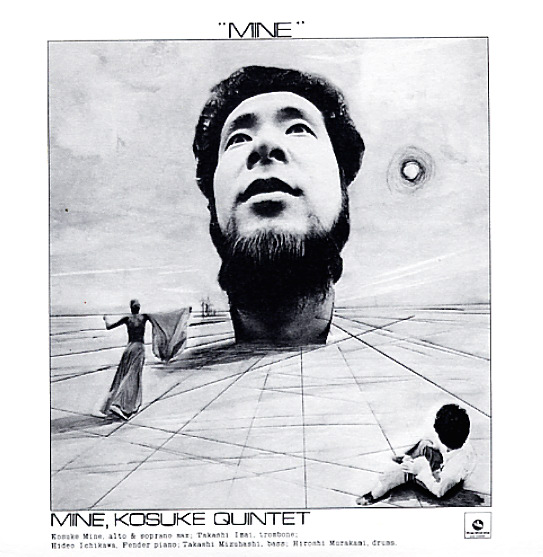 Early work from this tremendous Japanese saxophonist – working here on both alto and soprano sax, in styles that are sharply angular, but also quite warm and soulful! Kosuke Mine's got a quality that's a bit like Joe Henderson at the same time – obviously informed by earlier hardbop, but let loose in some bolder lines that snake out with a rich, bold feel that's totally great. His group here features Fender Rhodes from Hideo Ichikawa – possibly further underscoring some of the Henderson electric styles of the set – and other players include Takashi Imai on trombone, Takashi Mizuhashi on bass, and Hiroshi Murakami on drums. The record's got a nice sense of freedom, but is never too far outside – and titles include a version of Joe Henderson's "Isotope", plus the originals "Morningtide", "Dream Eyes", and "Work I".  © 1996-2022, Dusty Groove, Inc.