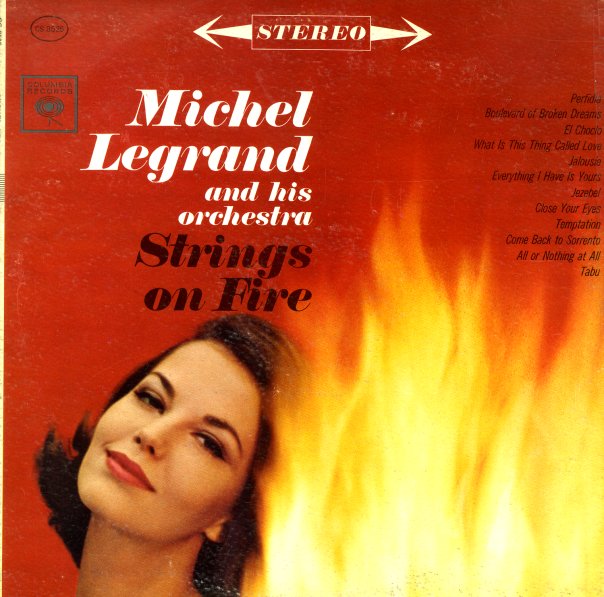 What's with the connection between "strings" and "fire"? Seems like it's used on more than a few albums from the time – and always makes us think of buzzing bees or trick violins! Fortunately, Michel Legrand handles the sub-genre with amazing care – bringing in his natural sense of swing and even adding in a few slight jazzy influences. Titles include "Boulevard Of Broken Dreams", "Come Back To Sorrento", "Temptation", "Jezebel", "Tabu", and "Jalousie".  © 1996-2021, Dusty Groove, Inc.
(Mono 6 eye Demonstration pressing. Cover has a Demonstration stamp on back.)