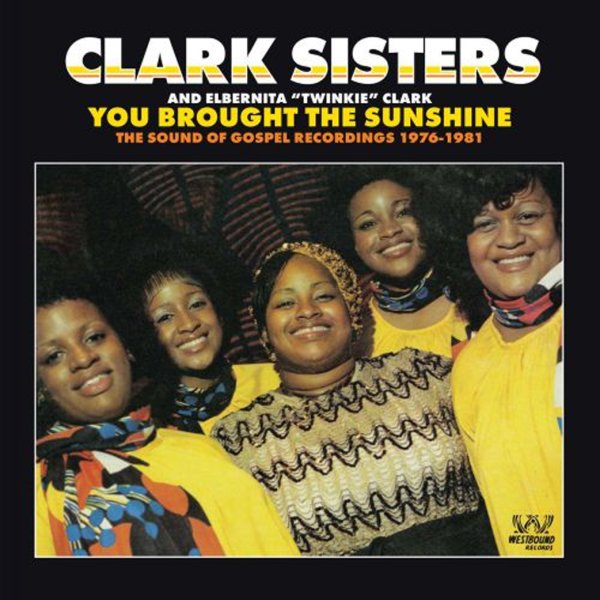 A long-overdue look at the amazing Clark Sisters – a fantastic gospel group, and one with a vocal depth that we'd put right up there next to any of our favorite soul acts of the time! The Clarks are maybe best known for their landmark track "You Brought The Sunshine" – a completely righteous blend of gospel, soul, and disco that crossed over very big back in the day – but the group have an endless amount of great music to offer, a great deal of which is brought together in this wonderful set! The sisters always kept a strong ear towards the secular soul styles of their day – but they also always pushed things with the sort of amazing vocal interplay that used to only be the territory of male gospel groups in earlier decades – fantastic harmonies, soaring leads, and really great group formation. And if you're not a completely huge fan of gospel, don't worry – because the message here is often a more general one of positivity, which really lifts up the spirit of the tunes in a universal way. Titles include "You Brought The Sunshine (single edit)", "Everything Is Gonna Be Alright", "He Keeps Me Company", "Patience", "I'm Going To Have Just What I Want", "Power", "Overdose Of The Holy Ghost", "My Mind Is Made Up", "Nothing To Lose All To Gain", "No Other Name", "Keep On Looking Up", and "I Found What I'm Looking For".  © 1996-2022, Dusty Groove, Inc.

D-Vine Spirituals Records Story Vol 1
D-Vine/Bible & Tire, 1970s. New Copy
CD...$11.99 15.99
A stunning overview of work from the small D-Vine Spirituals label in Memphis – a really homegrown imprint who were as important to the sound of the city's spiritual music as Stax Records was to soul in the 60s! In fact, the vibe here is often more 60s than 70s – maybe a testament to ... CD