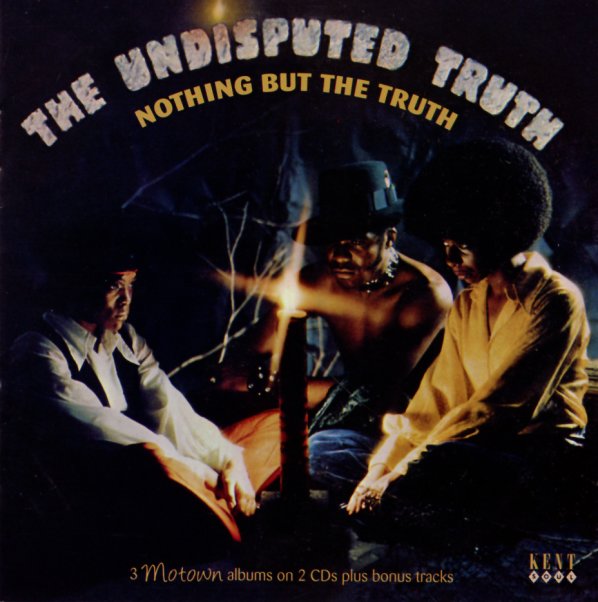 The first three albums by Undisputed Truth – finally on CD, with bonus tracks too! First up is the amazing debut of Undisputed Truth – one of the coolest new Motown groups of the 70s – and one of the few that really continued the experimental legacy of the label in the late 60s! As with the Temptations during their psychedelic years, Undisputed Truth are handled by superproducer Norman Whitfield – who does a fantastic job of mixing deeper ideas and righteous themes with some of the soaring soul that was the Motown stock in trade – a wonderful blend that made these guys one of the best groups poised to push the label into the new decade! Titles include the huge hit "Smiling Faces Sometimes", plus lots of covers of cool tracks like "California Soul", "Like A Rolling Stone", "Ball Of Confusion", and "You Got The Love I Need". Law Of The Land is an unstoppable groove from The Undisputed Truth – a group who worked with Norman Whitfield in the same psychedelic soul territory as The Temptations – and who arguably got the sound across even better than them! This set's not as much of a bit hit as the group's other records from the time – but that makes it sound even fresher and more fierce – loads of those hard-rolling basslines you'd expect from Whitfield's production – and some soaring arrangements from Paul Riser and David Van DePitte, both of whom give the album a sense of majesty to match its inherent righteousness. Titles include "Law of The Land" and "Mama I Got A Brand New Thing" – plus covers of Temps tunes "Papa Was A Rolling Stone" and "Just My Imagination" – and other covers that include "Love & Happiness", "If I Die", "Feelin' Alright", and "Killing Me Softly", done in the full soul mode of the group. Down To Earth features Undisputed Truth at the height of their powers – still working in the psychedelic soul style they forged with Norman Whitfield at the end of the 60s – but with a groove that's tighter and sharper than ever before! We might well call the record the funkiest the group ever cut – as Whitfield's production really brings the rhythms into strong focus, while still letting the righteous message in the lyrics shine through in the group's strong sense of interplay – that back/forth between male and female vocals that really helps the group create a sense of social conversation. Titles include the Whitfield originals "Help Yourself", "Big John Is My Name", "Save My Love For A Rainy Day", and "Law Of The Land" – but the best tracks might be their covers, like "Love & Happiness" and "Our Day Will Come", both totally remade here into great new versions! CD features 6 more bonus tracks – including "Let's Go Back To Day One" and "Gonna Keep On Tryin Till I Win Your Love" – plus single edits of "What's Going On", "What It Is", "You Make Your Own Heaven & Hell", and "Law Of The Land".  © 1996-2022, Dusty Groove, Inc.