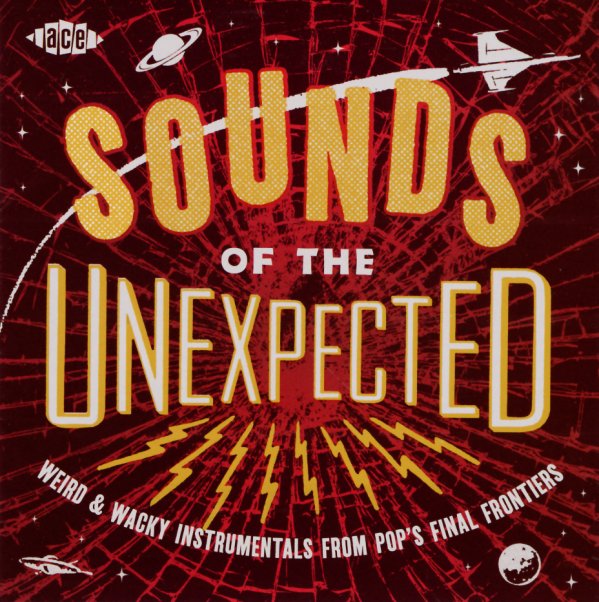 A totally cool collection of really offbeat numbers with a space age sort of theme – tunes that run the gamut from rock instrumentals to electronic pop – with lots of stops along the space in between! The package is right up there with some of the best "themed" collections by Ace Records – not just a superb selection of tunes, but really put together in the best way possible – with thoughtful transitions between the tunes, and a huge booklet of notes and label images – with some text on the late Vicki Fox, who put together this set, and others for Ace in the past. You'll definitely recognize a few names here, but the setting makes them sound really amazing and unique – especially some of the soul, jazz, and blues artists in the mix. Titles include "Waltz In Orbit" by Ray Cathode, "Watusi Zombie" by Jan Davis, "Savage Girl" by Felix & His Fabulous Cats, "War Of The Worlds" by The Atlantics, "Caravan" by Gabor Szabo, "Hot Pot" by The Tornados, "Funky Me" by Timmy Thomas, "Uh Oh" by The Imps, "Flameout" by 101 Strings, "It's Karate Time" by Travis Wammack, "Long Sentence" by The Upsetters, "B'Wana Bongos" by Preston Epps, "Hung Over" by The Martinis, "Music To Watch Space Girls By" by Leonard Nimoy, "Aztec" by Bo Diddley, "Watusie Freeze (part 1)" by Big Walter & The Thunderbirds, and "RFD Rangoon" by The Forbidden Five.  © 1996-2023, Dusty Groove, Inc.