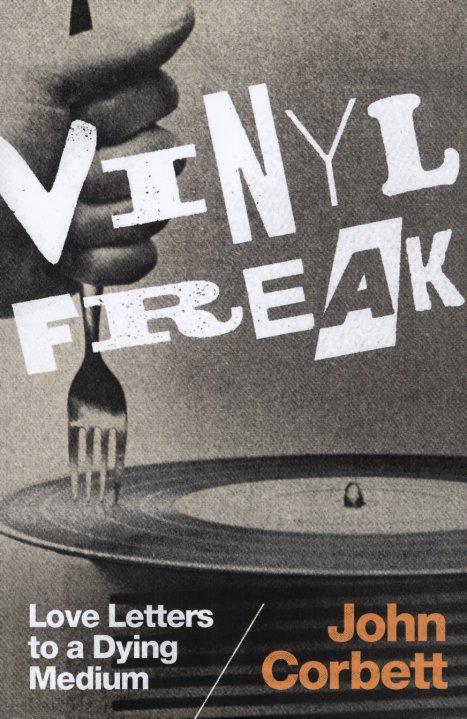 An incredible look at the format of vinyl – put together by a guy who's got one of the hippest record collections we've ever seen! John Corbett's been writing about music, art, and other formats for decades – but his real labor of love is vinyl records – a format he continued to embrace even at the height of the CD era – so much so that he talked Downbeat magazine into letting him write a special column on musical delights that had never made it to the digital format! Corbett helped plenty of music get reissued on CD himself – thanks to countless label projects – but he also always held a special place in his heart for the kinds of records that never got reissued – and those are the sorts of titles featured here – a massive run of music that runs from jazz to funk, American and European, totally obscure to completely common – presented beautifully together in this massive book! The volume doesn't just bring together Corbett's columns, but also offers up full color reproductions of all the record covers, along with a few other details too – to support efforts on dozens of artists – a huge list that includes Melvin Jackson, Bill Leslie, Black Grass, Night Blooming Jazzmen, Phil Seamen, Khan Jamal, Klaus Doldinger, The Mad-Hatters, Tommy Jones, Guy Warren, The Three Souls, United Front, Johnny Lytle, London Experimental Jazz Quartet, Paul Smoker, AK Salim, Noah Howard, Jack Wilson, and many others – a good number of whom have yet to be reissued. The book is wonderful – and Corbett's longtime declaration of being a vinyl freak is more important than ever, given the rebirth of the medium! Book is 250 pages, softcover, with color images.  © 1996-2021, Dusty Groove, Inc.