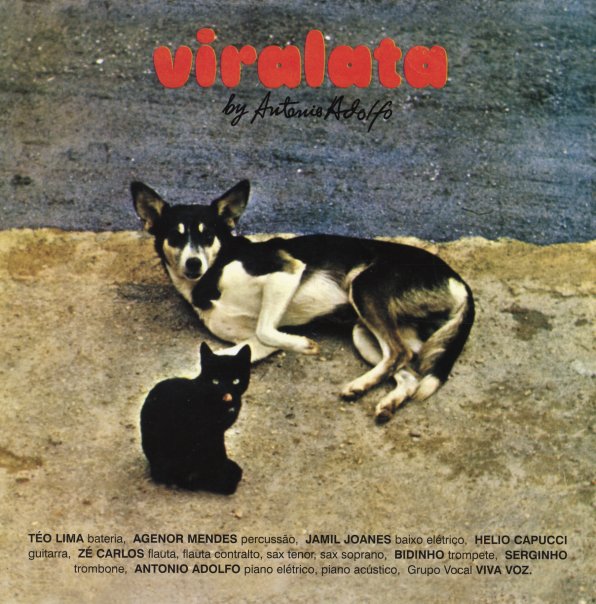 Fantastic stuff – and one of the greatest records ever by Brazilian keyboardist Antonio Adolfo! The album was recorded at the end of the 70s, and has a sound that's a lot like the best fusion work by Azymuth – a great mix of jazz and funk, plus more dynamic Brazilian elements – all wrapped together in a way that a rare few hybrids do this well! There's great keyboards right up front in the mix – and the backing has some tight percussion that crackles along and gives the album a heavy bottom and a great groove. The album was originally only issued on the tiny Artezanal label – but it feels like a lost gem from the classic funk years at Fantasy Records – internationally funky, far past just a Brazilian music gem. Titles include the massive break cut "Cascavel", plus other nice tracks like "Viralata", "A Marcha", "Assanhada", "Vermelhinho", and "Brincadeira Em Mi Bemol".  © 1996-2021, Dusty Groove, Inc.

Encore
Far Out (UK), 2007. New Copy
LP...$19.99 (CD...$10.99)
Tremendous new work from Arthur Verocai – the Brazilian legend who's best remembered for his sublime self-titled album from the 70s, but who sounds equally great on this contemporary release! The record has a really classic feel overall – warm, soulful, and filled with plenty of jazzy ... LP, Vinyl record album

Os Catedraticos 73 (180 gram pressing – with download)
Equipe/Far Out (UK), 1973. New Copy (reissue)
LP...$19.99 (CD...$9.99)
A rare Brazilian album from the legendary keyboardist Deodato – recorded right around the same time as his classic CTI albums Prelude and Deodato 2 – but much more obscure! This set's got a similar electric vibe, but is much more compact – with maybe more organ than Rhodes, on ... LP, Vinyl record album

Baiano & Os Novos Caetanos (180 gram vinyl)
CID/Far Out (Brazil), 1974. New Copy (reissue)
LP...$13.99 19.99
A very weird record – and an odd parody of both Os Novos Baianos and Caetano Veloso! The album's recorded live, and it's very much in the spirit of early work by Os Novos Baianos – with loads of tunes that have a funky samba style, with some nice rough touches – but there's also ... LP, Vinyl record album