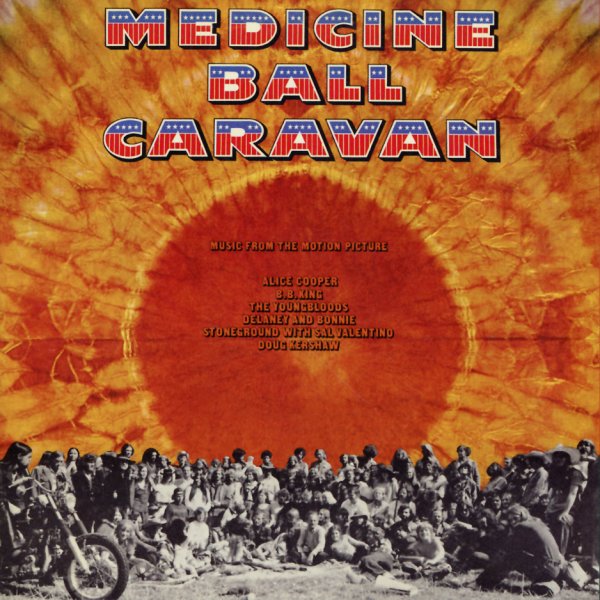 One of the less-remembered records from the era of the giant rock festival – a set of tracks that were recorded during a wild cross-country hippie caravan! Although maybe not another Woodstock, the album does have some long live tracks that are really worth seeking out – in a relatively surprising blend of musicians that makes for a pretty interesting record overall! Highlights include a searing eight minute take on "Black Juju" by Alice Cooper, a ten minute medley of "How Blue Can You Get/Just A Little Love" by BB King, a twelve minute "Freakout/It Takes A Lot To Laugh" by Stoneground, a version of "Free The People" by Delaney & Bonnie, one of the rawest Doug Kershaw performances we've ever heard on "Louisiana Man/Battle Of New Orleans/Orange Blossom Special", Sal Valentino singing "Dreambo", and the Youngbloods tracks "Hippie From Olema" and "Act Naturally", both nicely tongue in cheek.  © 1996-2020, Dusty Groove, Inc.