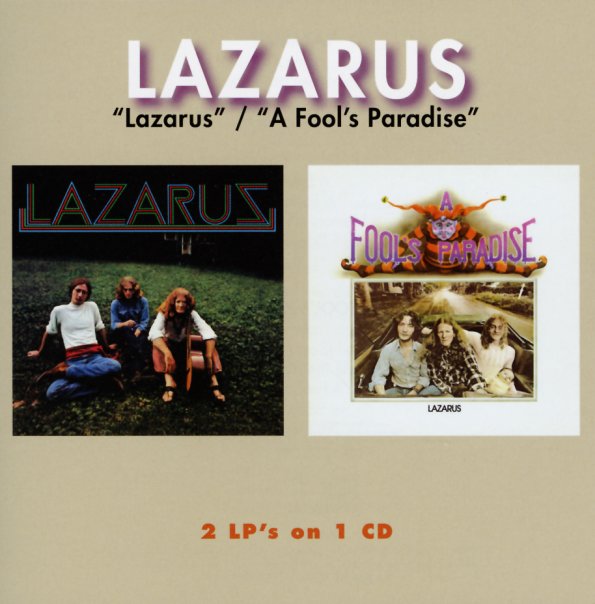 A pair of records from this overlooked harmony group of the 70s! The self-titled Lazarus album has this warm glow right from the start – a mode that seems to draw on the same kind of relaxed energy that was showing up in the work of groups like America or Crosby Stills & Nash – a mode that wasn't trying nearly as hard to cop the harmony styles of the soul generation, and which instead had this easygoing vibe that was, at this point, still more personal than some of the too-produced AOR moments to come. Instrumentation is mostly just piano, bass, and guitar – which suits the vocals beautifully – and titles include "Warmth Of Your Eyes", "Refugee", "Whatever Happened", "Doncha Cry", "Memory Of A Stranger", and "Rivers". Fool's Paradise is a warmly glowing set from Lazarus – a group here who maybe have a bit more punch than on their debut, thanks to the addition of drums on a few cuts – but who still mostly take their cue from the laidback interplay of their vocals! The approach is nicely understated – not the polished pop of some of their contemporaries, but almost a singer/songwriter evolution of harmony work past the 60s – yet before the polish of AOR. The balance is great – maybe like a more understated America – and titles include "Poets & Lovers", "Thoughts Of You", "Take Me High", "Ladyfriends 1", and "When Will The Home Of Me Begin".  © 1996-2021, Dusty Groove, Inc.