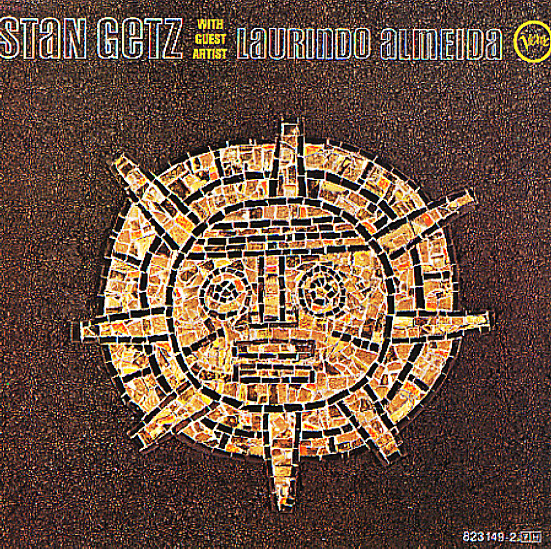 One of the best of the Stan Getz bossa nova sessions – and a record that features the great Laurindo Almeida on guitar – playing with more virtuosity than either Charlie Byrd or Joao Gilberto did on their collaborations with Getz! The record's got a driving rhythm section, with lots of long tracks, and nice laid-back solos by both Getz and Almeida – who's getting in some of his few jazz licks of the 60s here, working in a groove similar to that of his earlier sides with Bud Shank, but which sounds almost even better in the languid company of Getz. Cuts include "Outra Vez", "Winter Moon", "Maracatu-Too", and "Samba Da Sahra". Very nice!  © 1996-2020, Dusty Groove, Inc.
(Mono MGM pressing with deep groove. Cover has a cutout hole.)