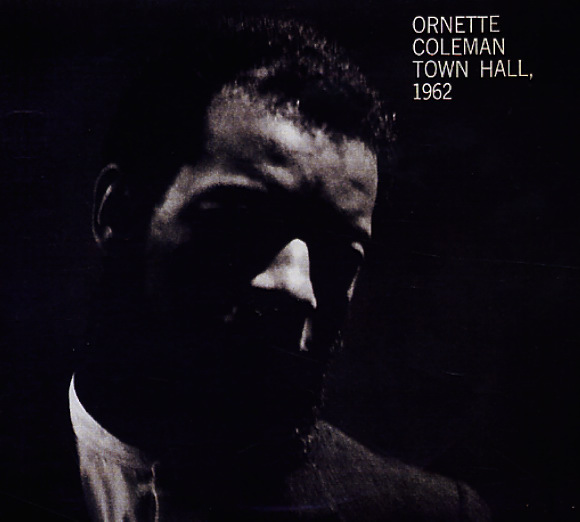 Also available
Ornette Coleman — Town Hall 1962 ... CD 9.99
A really unique chapter in the career of Ornette Coleman – an album that he produced by himself in 1962, away from any other label – as an effort to showcase the newly freer sounds of his music! The recording's the first in a really groundbreaking stretch for the 60s – and it was fortunately finally issued by ESP Records a few years after the recording – providing a nice link between Coleman's earlier experiments and the sound of the younger generation usually showcased by the label. The group's a trio, with a sound that's quite different than the more rhythmic modes of Coleman on Atlantic Records – a freer, less structured lineup that features percussion from Charles Moffett and bass from David Izenzon. One track also adds in a string quartet – making the record one of Coleman's first experiments with this format – and titles include a 23 minute recording of "The Ark", plus "Doughnut", "Sadness", and "Dedication To Poets and Writers".  © 1996-2023, Dusty Groove, Inc.
(Yellow label 70s pressing.)

Newly Discovered Performances Vol 1
ESP, 1948/1974. Near Mint-
LP...$4.99
Mid 70s issue of some rare sides by Lester Young – recorded as live broadcasts from the Royal Roost in 1948. The group on the set features Ted Kelly on trombone, Freddie Jefferson on piano, Roy Haynes on drums, and Jessie Drakes on trumpet, and you can hear a bit of Symphony Sid introducing ... LP, Vinyl record album