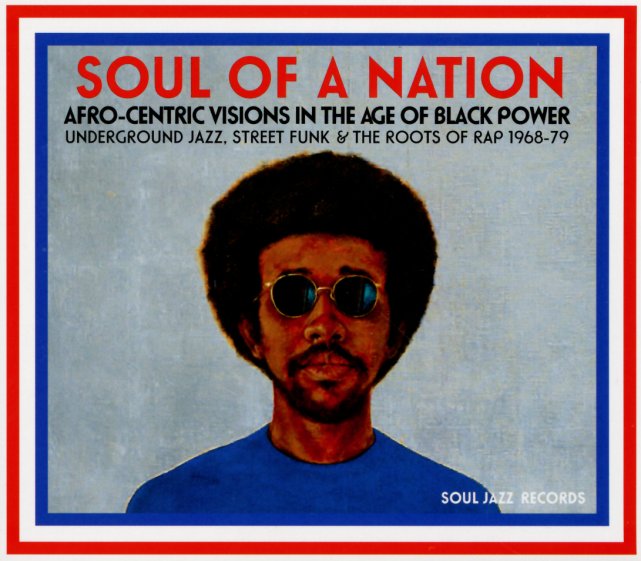 A fantastic look at the righteous current of energy that swept through American music at the end of the 60s – that huge wave of knowledge and political inspiration that still stands as one of our favorite moments in jazz and soul! The Civil Rights generation had gotten some things accomplished, but not everything – and a new wave of action arose in various scenes of the underground – not just pushing the musical formats past anything that had happened before, but also doing so with a strong message of pride and empowerment! This collection surveys some of the best tracks of that moment – and also provides a great batch of historical notes to put the whole thing in context – done in collaboration with the book of the same name, but equally great as a soundtrack and document on its own. The package is overflowing with Dusty Groove classics – and titles include "Sweet Songs" by Sarah Webster Fabio, "Surtal Ihklas" by Doug Carn, "Vibes From The Tribe" by Phil Ranelin, "Desert Fairy Princess" by Horace Tapscott & The Pan Afrikan Peoples Arkestra, "Sounds From The Bush" by The Mandingo Griot Society with Don Cherry, "Is It Too Late" by Duke Edwards & The Young Ones, "Strong Men" by David McKnight, "Black Narcissus" by Joe Henderson, "Malcolm X" by Phil Cohran & The Artistic Heritage Ensemble, "Mother Of The Future" by Carlos Garnett, "Red Black & Green" by Roy Ayers, "African Rhythms" by Oneness Of Juju, and "The Revolution Will Not Be Televised" by Gil Scott-Heron.  © 1996-2022, Dusty Groove, Inc.

Soul Of A Nation – Jazz Is The Teacher Funk Is The Preacher – Afro-Centric Jazz, Street Funk, & The Roots Of Rap In The Black Power Era 1969 to 1975
Soul Jazz (UK), Late 60s/Early 70s. New Copy
CD...$19.99 22.99
The hippest funky jazz from the start of the 70s – music that takes all the pride, power, triumph, and challenge of the 60s – and focuses into a bold new energy for a young generation! The work here draws equally from jazz and soul, with lots of other global influences coming into play ... CD