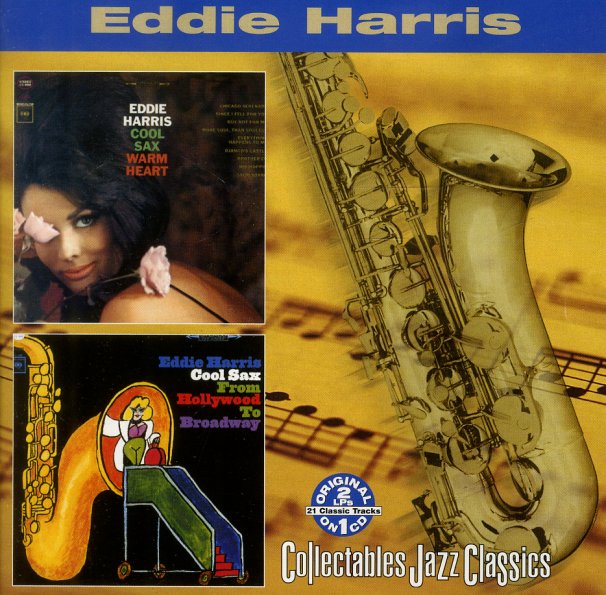 Ok, so this isn't funky Eddie Harris – but the 2 albums on this set are some of Eddie Harris' most unique albums of the 60s! The records features Eddie blowing in that lean and soulful mode that he used on his best Vee Jay albums – a bit exotic, but never meandering, with impeccable placement in all his solos, and a tone that's probably one of the most revolutionary he ever used. Some tracks have a backing chorus of female voices, singing in a floating mode that's hip and easy – and others are straighter jazz tunes, with a nice little groove. Features the modal gem "Hip Hoppin", plus "Stum Stang", "Django's Castle", "More Soul Than Soulful", "Little Lo Lo", "Groovy Moovies", "Sarah's Theme", and "Brother Ed" – and even familiar tunes like "Topkapi", "Days Of Wine & Roses", "Malamondo", and "From Russia With Love" sound pretty darn great!  © 1996-2021, Dusty Groove, Inc.
(Out of print.)

Excursions
Atlantic/Collectables, 1973. Used 2CD
CD...$9.99
A super-long batch of messed-up funky jazz from Eddie Harris! The record's got Eddie working all aspects of the electric sax – in a similar style to some of his other work on the best Atlantic albums of the 70s (like Instant Death of Plug It In) – and the group features a shifting cast ... CD