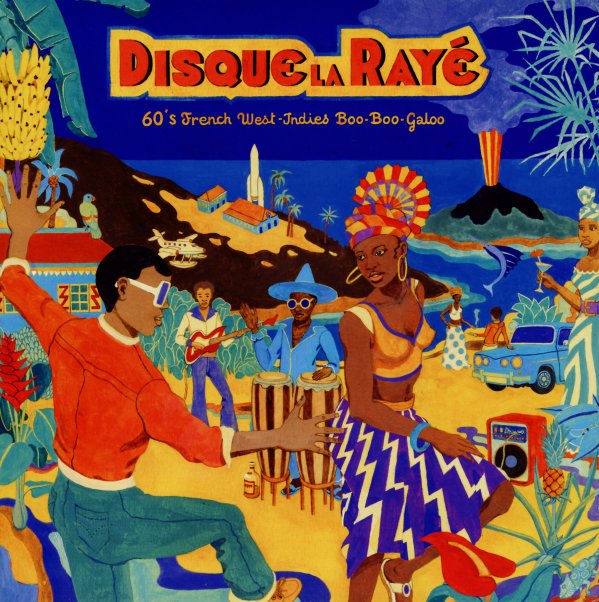 A whole host of cool Latin tracks from the French West Indies scene of the late 60s – not music that flowed to Guadeloupe or Martinique from Cuba or Puerto Rico – but fresh new sounds that were directly inspired by the boogaloo generation on the New York scene! The tracks here aren't straight Latin Soul – and they're hardly familiar Latin, either – and are instead this wonderful hybrid of elements, including some previous Caribbean modes – all fused into the tighter, shorter burst of energy that was unlocked once Joe Cuba and some of his generation discovered the smaller combo mode of Latin grooving! There's a nicely messed-up criss-crossing of sounds going on here – not the same as, but with similar energy to the Spanish Harlem scene at the time – on cuts that include "Jerk Vide" by David Martial, "Mais Tu Sais" by Dany Play, "Je Voudrais Danser Avec Toi" by Les Bois Sirop, "Sauvagement Sexy" by Gaby Siarras, "Sekirite" by Maurice Alcindor, "Tu Bois Beaucoup" by Le Ry-Co Jazz, "Disque La Raye" by Joby Valente, "Ou Que Di Moin" by Monsieur X, and "Ou Pas Z'Amis En Moin" by Henri Debs.  © 1996-2021, Dusty Groove, Inc.