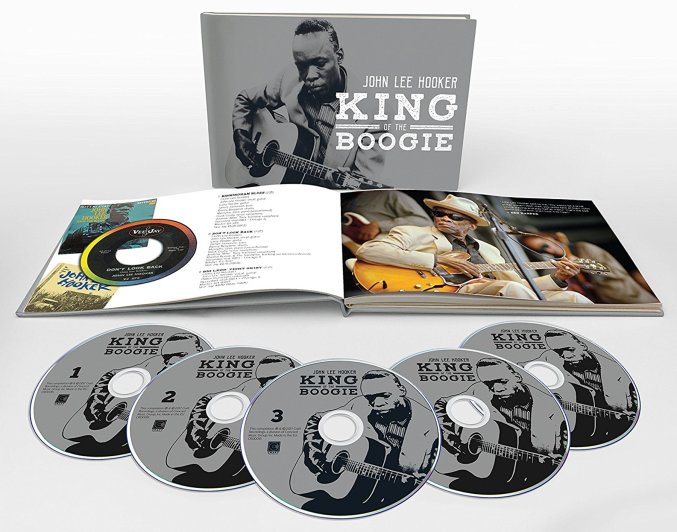 King Of The Boogie (5CD set)

A mighty tribute to the music of John Lee Hooker – a set that's got a nice batch of work from his important early years, and is especially heavy on Vee Jay Records material – and one that also includes tracks from his later recordings too! The first three CDs here are the meat of the package – as they feature studio work from the early Detroit years onwards, including some tracks recorded with Texas Slim and Delta John, and many more under Hooker's own name too. CD 4 is all live material, and includes a number of unissued tracks – and the final CD features collaborations with The Groundhogs, Canned Heat, Eddie Kirkland, BB King, and others. The whole thing's packaged in a beautiful book-style design – with 54 pages of rare photos and new liner notes – and even if you've got other John Lee Hooker material in your collection, there's still plenty here to love! 100 tracks in all – 8 previously unissued.  © 1996-2021, Dusty Groove, Inc.