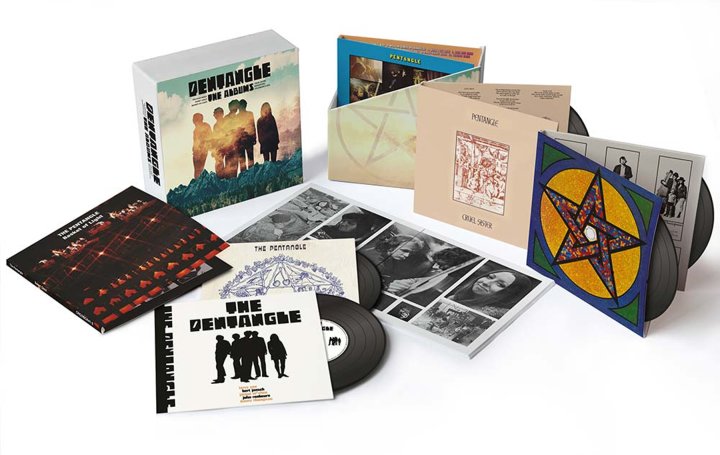 An incredible run of music from a really legendary band – a quintet who were as important to the British folk scene as Fairport Convention – and one who worked with an equally hip sort of vibe! Where that group featured key work from a young Richard Thompson and Sandy Denny, this one features mindblowing guitars from John Renbourn and Bert Jansch – a duo who would already be fantastic enough on their own, but who really open up in the sound of the group – way past their own wonderful albums of just a few years before! Part of the strength of Pentangle likes in the vocals of Jaqui McShee – a singer who's clearly got an ear for jazz, and brings in a strong sense of improvisation and extrapolation – as do both guitarists in the music. The bass is also fantastic – handled by Danny Thompson, who also seems to be a jazzman at heart – given the way he bends and shades things, at a level that no folk group ever would do. Percussionist Terry Cox is the remaining member of the group – nicely understated, and working with Thompson in this way that makes for these cool gentle grooves that Renbourn or Jansch never would have hit on their own. Every record here is a gem – and the set not only includes all six albums (one of which is a double) in these tiny LP-styled sleeves, it also features an insane number of bonus tracks too – and a huge book on the group and their music. 115 tracks in all – including 54 bonus tracks, a number of which are previously unreleased!  © 1996-2021, Dusty Groove, Inc.