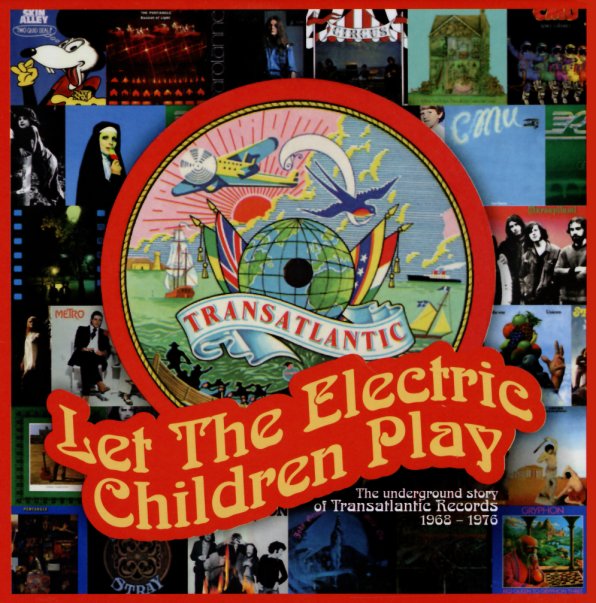 A very cool look at the freakiest years of the legendary Transatlantic Records label – an important British imprint that was essential to blues and folk in the late 60s, but which also released some much trippier material too! The music here is a frenetic blend of jazz, folk, prog, and some surprisingly funky modes at times – a really fresh, freewheeling assemblage of different musical elements by a younger generation of musicians who were neither slavish to their influences, nor willing to let anyone hold back their creativity! Bigger names on the Transatlantic label have gotten huge rediscovery in recent years, but many of the artists here are much more obscure – brought together beautifully, along with a big booklet of notes that really gets at the diversity of the music. Titles include "Norwegian Wood" and "II BS" by Circus, "We Can Swing Together" and "Obadiah's Grave" by Alan Hull, "Metamorphosis" and "Billy The Monster" by The Deviants, "Paint It Black" and "We've Had It" by Jody Grind, "Skin Valley Serenade" by Skin Alley, "Criminal World" by Metro, "Mendle" by Mr Fox, "Don't Ever Give Up Trying" by Unicorn, "Mice & Rats In The Loft" by Jan Dukes De Grey, "Born To Be Free" by Marsupilami, "All In Your Mind" by Stray, "Tear Down The Wall" by Peter Bardens, "A Distant Thought A Point Of Light" by CMU, "Shelter" by Renia, "Opening Move" by Gryphon, "Journey's End" by Decameron, "Saturday Round About Sunday (single version)" by The Humblebums, and "Mona" by Mick Farren. 49 tracks in all!  © 1996-2022, Dusty Groove, Inc.

I Love To See You Strut – More 60s Mod, R&B, Brit Soul, & Freakbeat Nuggets (3CD set)
Strawberry (UK), Mid 60s. New Copy 3CD
CD...$26.99 38.99
A huge collection of cuts from a time when the UK scene was overflowing with influences from American soul – styles that you might know from some of the big crossover hits that charted on our side of the Atlantic – but which run much much deeper overall, as you'll hear in this stunning ... CD