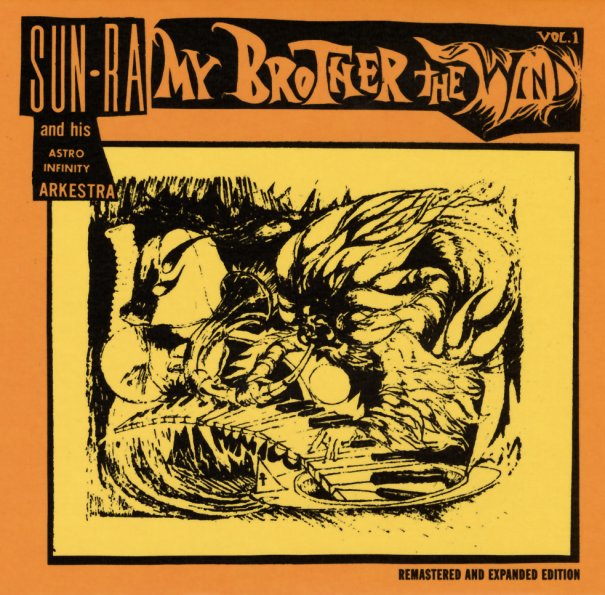 My Brother The Wind Vol 1 (with bonus tracks)

A stone classic – and one of the wilder, more electronic albums from Sun Ra – a set that has him playing on "two moog synthesizers" – which both sound as if they're going at the same time! The rest of the group is quite small – with only John Gilmore, Marshall Allen, and Danny Davis – so Ra really center stage on the keys, and spends most of the record making some really weird and wonderful sounds on the moog – showing the world that, although the instrument was already gaining popularity in the hands of others, nobody could handle the futuristic sound machine like the spaceman himself! The mix of moog with avant jazz solos is completely sublime – and titles include "Intergalactic II", "To Nature's God", and "The Code Of Interdependence". CD features some great bonus tracks – the 17 minute "Space Probe", plus some alternates and odd takes too!  © 1996-2021, Dusty Groove, Inc.

We Are On The Edge – 50th Anniversary Celebration
PI Recordings, 2019. New Copy 2 CDs
CD...$20.99 22.98 (CD...$13.99)
A tremendous tribute to the legendary Art Ensemble Of Chicago – a group who work here with only two of their surviving members, but with help from a constellation of jazz musicians inspired by their music! The group here is large, and includes AACM members and other younger talents – a ... CD