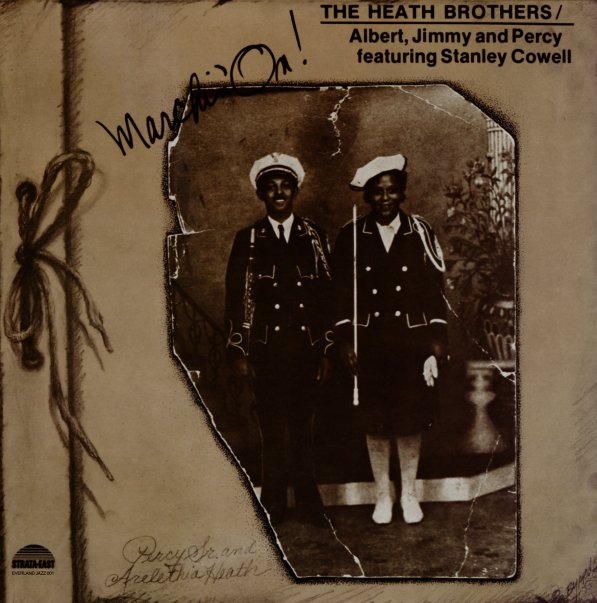 A masterpiece of spiritual jazz – and completely unlike anything else the Heath Brothers ever recorded! The set's incredible – far more spiritual and father-reaching than even the best early 70s albums by reedman Jimmy Heath – and certainly different than the later, tighter records put together by the brothers for Columbia at the end of the decade. The vibe is perfect Strata East – very open and creative – with so many new ideas flowing through, but never in a way that pushes the record off track – thanks to a warmly cohesive vision by the brothers. Jimmy plays flute, tenor, and soprano sax – with Percy Heath on bass and bass violin, and Albert Heath on drums and flutes. Stanley Cowell also plays both acoustic piano and mbira – really giving the album a strong Strata East pedigree. The record's well known for the fantastic "Smilin' Billy Suite" – a spare, spacey track that mixes together kalimba, bass, and piano, and which was sampled famously years back – and other titles include "Maimoun", "Tafadhali", and "Warm Valley".  © 1996-2020, Dusty Groove, Inc.