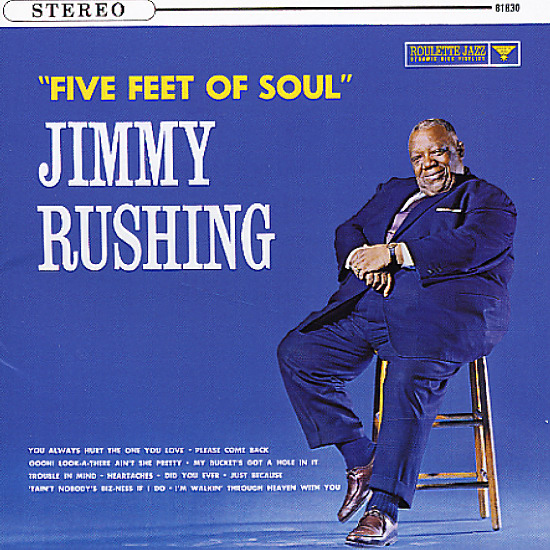 One of Jimmy Rushing's last truly great albums – a jazz-tinged session of bluesy material, one that gets at his best work of the 50s! The arrangements are by Al Cohn, and have a fluid swing that pushes Jimmy past cliche – working with players that include Zoot Sims, Budd Johnson, Freddie Green, and Gene Quill in a style that's got all the leaner touches of the Basie band at the same time. Titles include "Heartaches", "Please Come Back", "My Bucket's Got a Hole In it", "Did You Ever", and "Just Because".  © 1996-2022, Dusty Groove, Inc.
(Late 70s Ghent pressing. Cover has light wear.)

Gilberto With Turrentine
CTI, 1971. Very Good+ Gatefold
LP...$34.99
Incredible 70s work from the lovely Astrud Gilberto – a rare effort for the CTI label that has her teaming up with arranger Eumir Deodato and saxophonist Stanley Turrentine – all in a groove that's totally different than most of her earlier work! Astrud's breathy vocals are still ... LP, Vinyl record album